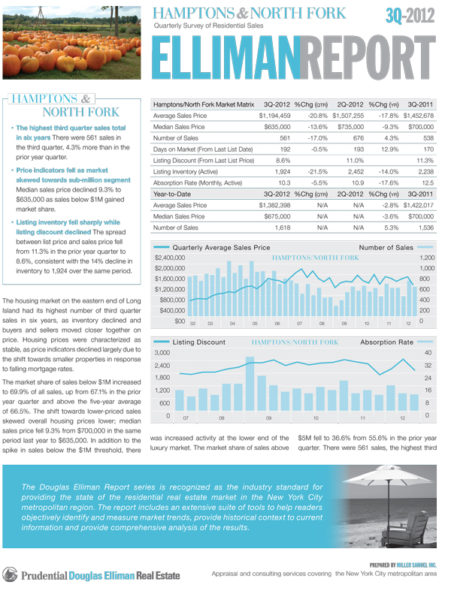 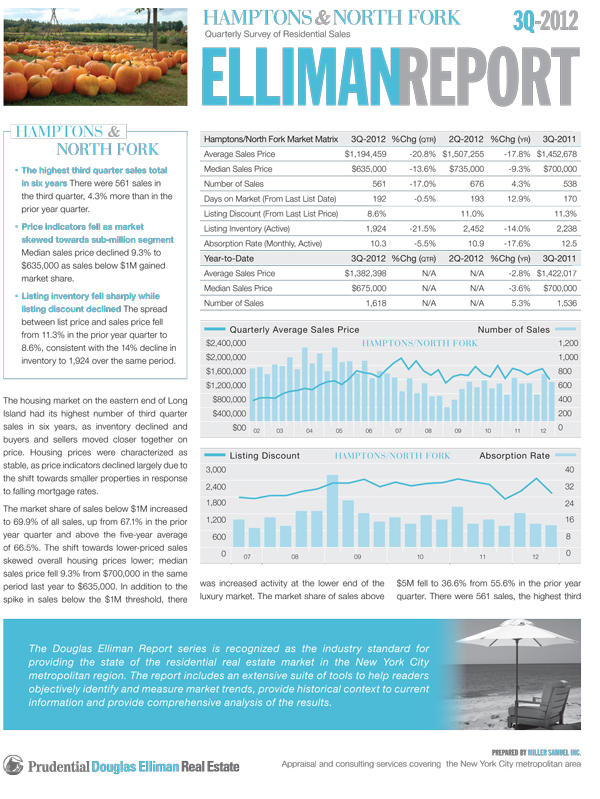 We published our report on the Hamptons & North Fork sales market for 3Q 2012 [1].   This is part of an evolving market report series I’ve been writing for Douglas Elliman [2] since 1994.

…The housing market on the eastern end of Long Island had its highest number of third quarter sales in six years, as inventory declined and buyers and sellers moved closer together on price. Housing prices were characterized as stable, as price indicators declined largely due to the shift towards smaller properties in response to falling mortgage rates. The market share of sales below $1M increased to 69.9% of all sales, up from 67.1% in the prior year quarter and above the five-year average of 66.5%. The shift towards lower-priced sales skewed overall housing prices lower; median sales price fell 9.3% from $700,000 in the same period last year to $635,000. In addition to the spike in sales below the $1M threshold, there was increased activity at the lower end of the luxury market…

You can build your own custom data tables [3] on the market – now updated with 3Q 12 data. I’ll update the chart series soon. In the meantime you can browse our chart library [4].