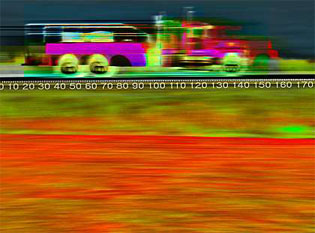 The Fed continued its “measured” rate increases showing continued concern over inflation [FOMC] [1] even though core inflation was very low. The drop in fuel prices in recent weeks was not enough assurance that inflation was contained [Marketwatch]. [2] They signaled more rate increases to come. At this pace, there could be as many as 2 more increases before Greenspan steps down on January 31st.

This is the highest rate level since June 2001 when the economy at that time began to slip into a recession. There is some speculation that the Fed may not stop until the discount rate reaches 5%.

The St. Louis Fed has a composite of key economic indicators [PDF] [3] that shows inflation remains a concern (CPI). GDP which has been flat with a recent gain, adjusted for the hurricane effects [WSJ] [4], employment levels show bigger gains than last year, the unemployment rate is down, but hourly wages are up but only at about the same rate as last year.

In other words, the economy seems to be generally better yet inflation remains a concern. The rising Federal defecit and concern about energy costs this winter are keeping the pressure on bond yields and long term rates. As a result, mortgage rates continue to trend upward.

If there is a silver lining in all this, fuel prices appear to be cooperating and much of the inflationary numbers the Fed has been looking at were hurricane related and could ease after the first of the year. Lets hope the Fed does not go too far with this measured increase strategy and choke off consumer spending as they did prior to the last recession (June 2001).