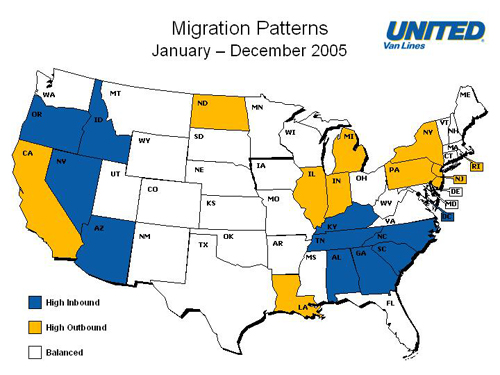 Methodology: “For 2005, the accounting is based on the 226,353 interstate household moves handled by United among the 48 contiguous states, as well as Washington, D.C. In its study, United classifies each state in one of three categories — “high inbound” (55% or more of moves going into a state); “high outbound” (55% or more of moves coming out of a state); or “balanced.” Although the majority of states were in the “balanced” category last year, several showed more substantial population shifts.”

I thought it would be neat to try to correlate inbound and outbound traffic to housing demand. The idea that a state with high outbound traffic would have lower appreciation rates than states with higher inbound traffic. However, the census data does not fully correlate with this report. I can only assume that its a factor of the client demographic the moving company works with, or this is a flawed methodology.

US Census Division Map: Change in House Prices By Region 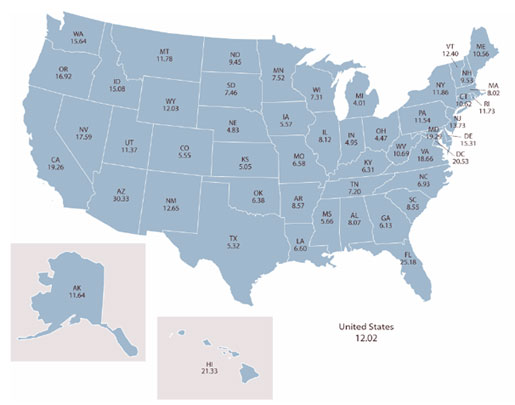