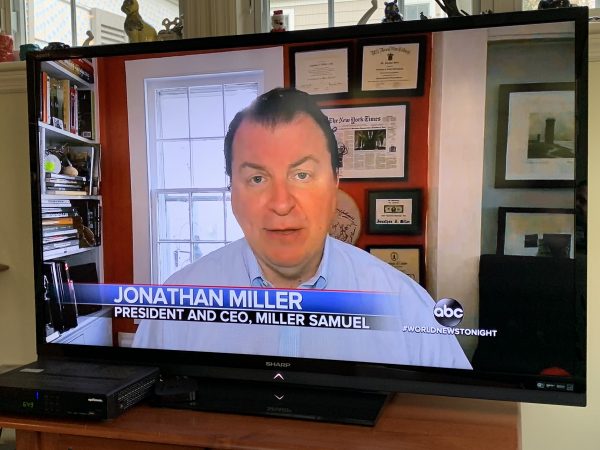 If you can indulge me, I was included in the ABC World News Tonight [1] broadcast on Saturday night to talk about the potential urban to suburban housing shift, particularly in NYC. It was cool to be interviewed by Deirdre Bolton for her first World News Tonight segment since just joining ABC via Fox Business and previously from Bloomberg where I had spoken with her before. Great move ABC!