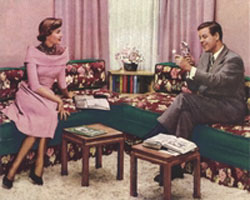 One of the dilemmas facing city planners across the country has been the loss of affordability as municipal workers such as police and fire can not afford to live in the cities they work for [Matrix] [1].

Now there is a new dilemma. White collar professionals are being priced out too. In Santa Barbara, California, the city is grappling whether to build affordable housing [Boston Globe] [2].

Though not just any housing development: The City Council is considering whether to use the property to build affordable housing, a condominium complex called Los Portales for families earning up to $160,000 a year.

Now, “it’s hard to get sympathy for people making $160,000 a year if you’re down in Texas or something,” said Bill Watkins, head of the Economic Forecast Project at the University of California, Santa Barbara. Any household with that kind of money is in the nosebleed section of American earners, and “most of the country would think, ‘You’re going to subsidize that person’s house? You’re kidding me.'”

However, the median sales price of housing there is $1,200,000. Cities like Santa Barbara are worried that they may not be able to attract white collar professionals since they can not afford to live there anymore.

This is one of the byproducts of the housing boom and revitalization of urban areas. Cities like New York have long been lamenting the loss of artists and craftsman who have been priced out of the city they help create. This could be the next worry.