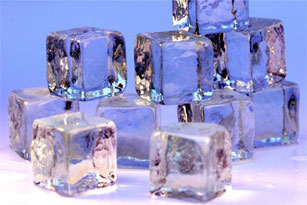 According to a survey by Real Trends by 48 of the major US real estate firms, the number of contracts signed this month compared to the same month last year dropped 8% but remained at historical highs [WSJ]. [1] Of course this is not necessarily representative since nearly half of the 90 major brokerage firms did not reply to the email survey. Still the story was on page 1 of the Wall Street Journal.

“‘The air is coming out of the balloons,’ says David Lereah, chief economist at the National Association of Realtors, the nation’s leading real-estate trade group.”

“‘We believe the market has peaked,’ says Doug Duncan, chief economist of the Mortgage Bankers Association. Because of brisk sales earlier this year, he expects sales of new and previously occupied homes to reach a record 8.3 million in 2005, up 4% from 2004. But he believes sales will decline 3.5% next year, ending a four-year streak of record-setting totals.

A cooling of the market is likely to be welcomed by the Federal Reserve, which has worried that home prices have become frothy and banks’ mortgage underwriting standards have slipped. For the past few years, fast-rising home prices have allowed people to borrow more against their home equity, fueling a spending boom. Last month, Fed governor Donald Kohn, citing ‘some indications that housing markets are cooling off,’ said this would force consumers, who are not saving any of their current income, to save more to build wealth, restoring balance to the U.S. economy.”