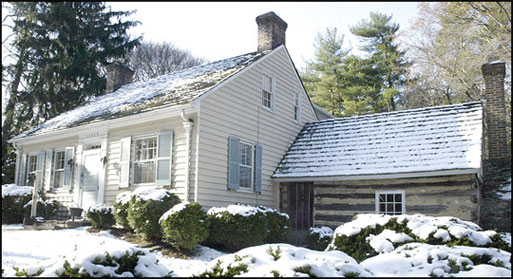 “Uncle Tom’s Cabin” summons visions of racial brutality in another place and time. But Uncle Tom’s Cabin stands today in Rockville, shaded by a row of trees from the speedway that is Old Georgetown Road.”

Its now for sale according to a story in Marc Fisher’s column [Washington Post]. [1]

He writes:
“Its owner, Hildegarde Mallet-Prevost, died in September at 100, and her family is selling the three-bedroom colonial (literally) with the attached log cabin that was once home to Josiah Henson — the slave whose 1849 autobiography was the model for Harriet Beecher Stowe’s classic novel, “Uncle Tom’s Cabin.”

“A century and a half later, an Uncle Tom has come to mean a black man who obsequiously seeks white approval or betrays his race. But the cabin in North Bethesda, just south of the city of Rockville, is also a symbol of the strength and savvy that enabled Henson to rise from slavery to build a pioneering life of learning and achievement.”

I was really surprised that a typical house has been adjoined to a property with historical significance. I imagine that the property would be difficult to establish a value for.