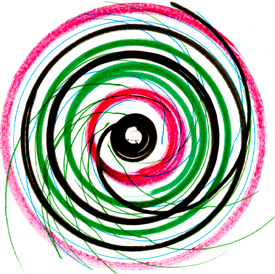 Back in January, David Lereah, former chief economist for the National Association of Realtors, came clean with the Wall Street Journal [1]. It appeared to be more of a timed interview to coincide with the start of his new venture.

Mr. Lereah, who says he left NAR voluntarily, says he was pressured by executives to issue optimistic forecasts — then was left to shoulder the blame when things went sour. “I was there for seven years doing everything they wanted me to,” he said, looking out his window to his tree-filled yard in this Washington suburb.

Of course his successor, Lawrence Yun, who started off with the same hard core spin, but a few months into the credit crunch pulled back from his wildly optimistic ways which was [2], for lack of a better word, refreshing (relatively speaking).

The spin from NAR was excessive and offensive during his reign – so much so he inspired blogs like David LereahWatch [8] and kept the blogosphere full of content for many years. I remember thinking the disconnect of his press releases during his reign was significant and infuriating.

I got to meet him in the green room before we were both on a CNBC special in 2004 at his height (I was an obviously lesser figure in the program) yet he seemed embarrassed about his prognostication.

It’s hard to imagine that NAR and Lereah were not acting as a team in the false message delivered in a procession of press releases. Although both have separated ways, NAR [9] and Lereah are still at it.

MarketWatch did a humorous recap of the major forecasting errors provided by Lereah [10].

So why am I bringing all this up when I said I was tired of the topic of Lereah [11]?

Because I came across a press release [12] today from his new venture Reecon Advisors, Inc. [13] For $495 per year, you can get to hear what Lereah thinks about the housing market – he writes his newsletter from home and has less than 50 subscribers but hopes to get more. Because he is now independent, he will provide an non-biased viewpoint. Ok, doesn’t the very fact that he would say this completely discredit because it infers – he – can – be – bought. Why is now different?

Listen, I don’t fault the guy for trying to make a living. After 7 years of hard core spin, a subsequent apology that confirmed this, mockery by the blogosphere who outed his frequent misdirections, and later disenfranchisement with NAR, who on earth would actually subscribe?

The web is a beautiful thing. You can set up a web site and appear like a big research think tank. Makes your head spin doesn’t it.