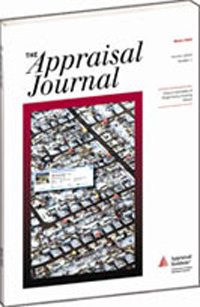 Zillow [2] has been one of the most visible and talked about AVMs (Automated Valuation Models) in the US and enjoyed considerable press during the housing boom. Of course they have always been at the mercy of the quality of public record data despite their technology prowess.

Perhaps they were more guilty of overhyping the reliability of their “Zestimates [3]” in the early days by presenting value estimates precisely down to the dollar. But hey, it was cool to see how much your neighbor’s house was worth.

There was an interesting article in Valuation Review [4] (subscription) and HousingWire [5].

The study concludes that:

Zestimates on Zillow.com are no more accurate than homeowner’s estimates.

When it comes to using the Zillow.com automated valuation model (AVM) to get a free listing price on a house, users may be getting what they paid for, according to a report published by the Appraisal Institute that finds the Web site overestimates the values on homes almost as often as the actual homeowners.

The key issue regarding Zillow’s Zestimates is whether they reflect transaction prices. Zillow has been described both as “a useful site” and as “categorically wrong.” There have been many instances of praise and many instances of complaints by homeowners using the Web site to estimate the value of their homes. Realtors in general have also been critical of the values produced by Zillow.

Agents had issues with over valuation because they tended to set seller’s expectations too high. Of course, appraisers have an ax to grind with a service that was perceived to trivialize their expertise in valuation.

The report, “Zillow’s Estimates of Single-Family Housing Values,” was authored by Daniel Hollas, Ronald Rutherford and Thomas Thomson, doctors in economics, real estate and business, respectively. The report was published in the quarterly technical and academic publication of the Appraisal Institute, the nation’s largest association of real estate appraisers.