To all readers of Matrix, I am sorry to pelt you with so many appraiser posts right now, but the issue, in many ways, is the smoking gun of the mortgage/credit crisis we are now in the middle of. 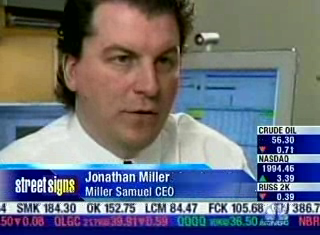 Here is a CNBC video clip by Jane Wells back in April 5, 2005 [1] which was based on my claim that about 75% of appraisals are inflated. She cited the widely quoted October Research Report that indicated that appraisers were under pressure – 55% claimed that they were regularly inflated. I thought it was conservative.

My main point was that those in charge of ordering appraisals had a vested interest, personally (a commission), in the outcome of the appraisal. Simply making it illegal to pressure appraisers won’t solve the problem (that bill never passed as one of the bill sponsors went to jail [2] for…you guessed it…taking bribes).

After the segment aired back in 2005, there wasn’t much reaction because no one seemed to understand, appreciate or believe the scope of the problem with appraisers within the mortgage process.

It was a very frustrating time for me personally, because I could see what was happening and there didn’t seem to be a solution….and three months later, became a blogger so I could vent.

When you listen to Jane Wells in the piece now with the perspective of the last 9 months of events, appraisals are more important than a seemingly trivial piece of the mortgage process, the conventional wisdom in 2005.