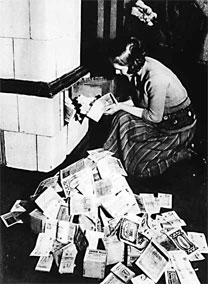 In Dr. Irwin Kellner’s commentary Inflation is greater than you think: Focus on ‘core’ rate is foolhardy [MW] [1], he indicates that The Fed likes core prices because, by excluding food and energy, they are supposed to provide a better measure of underlying inflation trends. After all, both food and energy prices are volatile, and tend to be influenced more by the weather and/or by geopolitical developments than by the state of the economy. Dr. Irwin Kellner is chief economist for MarketWatch. He also is the Weller professor of economics at Hofstra University and chief economist for North Fork Bank.

Kellner has serious issues with the following components of core inflation:

In New York, rents actually moved in the opposite direction of housing prices for much of the past 5 years. Perhaps the same logic is used for co-ops by the Department of Finance, who values co-ops by rental values rather than by their sales prices.

Floyd Norris, in his article On Wall Street, the Inflation View Is Rosier Than It Is on Main Street [NYT] [2] he touches on the same point. The government estimates what rents would be on homes occupied by owners, and ignores sale prices. The 4.3 percent rise in housing costs over the last 12 months is higher than the rent increase of just 2.5 percent, largely because the cost of heating homes is up.

Another clear indication that housing is inadequately represented in the CPI stats is based on the comparison between CPI and the Office of Federal Housing Enterprise Oversight (OFHEO) housing figures. CPI says housing prices are up by a third since 1995 and OFHEO says prices have doubled.

In Norris’ column, an expert estimates that overall CPI, if measured before the government changed the methodology in 1982, would be around 6%, rather than 3.3%. This comes full circle because mortgage rates are influenced by CPI, which is influenced by the way the government tracks housing prices.

Like seasonal adjustments, I am always wary of statistics being adjusted on my behalf.