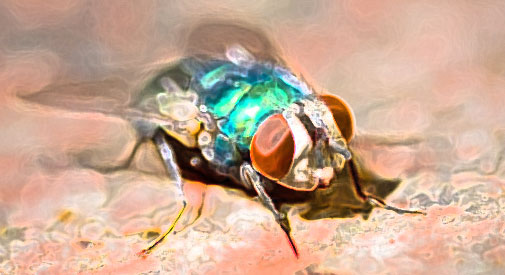 Hey, admit it – most of us are confused about the state of the economy and housing. The increasing number of solutions and policy provided by government and through politics seem to make matters worse. There is more information out there than ever before.

In fact, it’s enough to accept the idea that ignorance really is bliss. Just ask a happy fly. [1]

Absent of hidden agendas and built-in bias in many reporting sources, the abundance of macro data can’t lay it all out because it’s backward looking. I definitely see all of this in the coverage of real estate in the New York region [2] and I am sure the same thing goes on in most markets.

Its less about the macro data and more about interpretation of the data to yield a coherent and reasonable picture of the future. This gets back to understanding what value is (aka housing prices) – a current perception of a future condition as it relates to a specific property.

Education, income and party all seem to play a role [4] in the shade of rose-colored glasses worn:

Baby boomers see the glass as half empty [5] and since they are the largest demographic portion of the economy, it influences the overall media coverage on all things economic.

Since we are a consumption economy, forecasts on consumption (and it’s impact on housing or housing’s impact on consumption) tendencies might be more accurate [6] using more warm and fuzzy indicators like the University of Michigan’s Index of Consumer Sentiment.

But only when the economy is weak…

Consumer attitudes are more reliable as a forecasting tool when the economy is weak [7].

With all the flies buzzing around, I’m feeling a bit agitated (idea: that could mean greater accuracy).