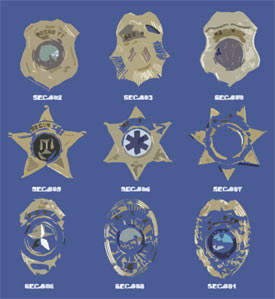 New York State joins the post-housing boom mortgage clean-up effort and tries to learn more about the ghost in the machine [1]. The machine being the lending industry and yet the government seems to know so little about it. This is ironic because fraud appears to have been blatantly prevalent (It ain’t just subprime) for many years. And although mortgage fraud is a significant problem, the cumulative effect of “little white lies” that are engrained into the system will be the most difficult to undo, detect or prove. You know, the things that are commonly done so much that eventually no one realizes that they are illegal or unethical?

is designed to help the public handle questionable lending practices in the subprime market, and to make it easier for low-income families to buy new homes.

A Political Fine Line
Any government agency walks a fine political line when trying to reign in subprime lending because on one hand, the government can shut low-income families from access to funds to purchase new homes by being too tough, and on the other hand, low-income families will continue to get hurt if government does nothing and the abusive tactics continue. This week, Fed Chair Bernanke addressed the subprime issue [3] and seemed to take a laissez-fare position on fixing the subprime mess.

There was a “Debtor Nation: The Mortgage Mess” [4] special on CNN/Paula Zahn Now show last night that included real estate editor Gerri Willis. One of the facts mentioned was the statistic reported by Bankrate.com [5] that 34% of loan applicants don’t know what type of mortgage product they have on their house. Amazing. No wonder the scope of the mortgage problem is so widespread. I am not downplaying the mortgage problem in any way, but at some point, people need to take some responsibility for their actions (assuming they are not misled).

The first overt action taken from this task force was announced yesterday [6]:

I have known Jeff Jackson and Steve Knobel [7] of Mitchell, Maxwell & Jackson (MMJ) [8] professionally since they founded their firm in 1991 (my firm started in 1986). MMJ is my primary competitor. In addition, our firm has done work for mortgage broker Melissa Cohn, founder of Manhattan Mortgage [9] on and off, but very little in recent years.

I am pretty confident that Mitchell, Maxwell and Jackson (MMJ) as well as Manhattan Mortgage do very little, if any subprime work. Manhattan and the surrounding region have a relatively low concentration of subprime lending activity and these firms aren’t known for this type of work.

I am sure the AG’s office know these two firms are not orientated towards subprime, so this effort must be largely directed at the issue of appraisal pressure and not subprime lending.

Here’s how the MMJ responded to the media:

Y. David Scharf, an attorney at New York law firm Morrison Cohen LLP, who is representing Mitchell, Maxwell & Jackson, said his client has been told it’s not a target of the investigation.

The information that is being requested is whether or not pressure has been brought to bear on appraisers to change their appraisals,” Scharf said. The firm is “continuing to gather information” in response to the subpoena, he said.

We did not change appraisals in any circumstances,” he said.

I thought the closing quote by Jeff Jackson in the Crain’s article [2] was particularly interesting.

Because we are a large company were not as easily pressured as a small company might be.

This phrasing seems to infer that the smaller an appraisal firm is, the more unethical it has the potential to become. I believe that size is not a proxy for insulation from pressure. Sure, a small firm can be pressured by small clients, whereas a larger firm is less likely to react to that type of pressure. I think that’s what Jeff was referring to and I agree with that example.

However, a large mortgage broker can inflict significant pressure on a large appraisal firm. Get the appraiser addicted to high volume and the potential to be influenced is just as significant. Small and large appraisal firms, like firms in any other industry, are always concerned about covering their overhead.

Every appraisal firm who does mortgage work, no matter what their size, is vulnerable to significant appraisal pressure.

The issue of appraisal pressure [10] is why I got into blogging in the first place and started the appraiser blog Soapbox [11] before I got the idea for Matrix [12]. I can work up a good rant about the appraisal pressure issue with very little effort at a moment’s notice. One of my personal goals in life is to speak about appraisal pressure before Congress to explain what the problem is and how to solve it. Many of these ideas have been fleshed out in both of my blogs already. Of course, at the rate this is going, I may get my chance. I’ll keep my fingers crossed.

An edited down version of the Bloomberg wire story also ran in the New York Times today [13].

I was contacted by Bloomberg for the story to ask whether we too were issued a subpoena.

Other appraisers — Miller Samuel Inc. and the Vanderbilt Appraisal Company, competitors of Mitchell, Maxwell & Jackson — said they had not received subpoenas.

A quote of mine was left out of the New York Times version of the Bloomberg story – sort of an overview of the state of affairs in the appraisal industry:

“I would seriously doubt that there is one appraiser in the United States that has not been on more than one occasion pressured to make a number,” Miller said.

In a study conducted last year by Richfield, Ohio-based October Research Corp., 90 percent of appraisers said they felt influenced to write bogus appraisals. Four years ago, that number was 55 percent. Seventy-one percent said mortgage brokers asked them to do it.

I’d say the October Research report results were on the conservative side because I think the idea of appraisal pressure is so commonplace, its become invisible. Here’s a typical example:

Mortgage Broker XYZ hires my firm to appraise a property for a cash-out refinance. I estimate the market value but its not high enough to make the deal work. The value is reasonable but the property owner needs more. The deal dies and the mortgage broker simply never uses my firm again. This incident is a one-time situation but it exists in perpetuity because that mortgage broker learned from the experience and only selects appraisers who “play ball.”

Another irony in these situations, is that we have had owners or top producers at mortgage firms that don’t use us regularly, recommend or use us when it impacts them personally such as for a divorce, an estate, a complex deal, a lender who requires them to use us, a friend thinking about buying a property, etc. In other words, when incentivized to obtain a reasonable estimate market value, we get the call.

A Badge of Honor
I have spent a large portion of my professional appraisal career steering clear or getting rid of clients that pressure us. Don’t get me wrong. There are clients that don’t pressure us at all. Those clients are the keepers. I have worn this effort as a badge of honor. However, that badge of honor is bad for business and has cost myself and my family in significant economic terms during my career. I could triple the size of my firm tomorrow if removed that badge.

But that’s for another rant…