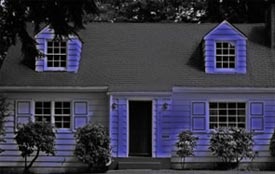 A few years ago, I was amazed at how profitable sub-prime lending was and how national banks were flocking to buy them. The first danger sign for me was when Citibank ran into problems when they purchased The Associates [1] and subsequently assumed their legal woes and eventually settled. But it didn’t end there. In addition to large national retail lenders, International banks got into the game, including HSBC.

Other names for the acronym HSBC [3] other than its actual Hong Kong Shanghai Banking Corporation have been proposed but HSBC has become the posterchild for all that is wrong with subprime lending.

Don’t get me wrong, subprime serves a need. However, the search for quick profits and lapses in ethical standards associated with subprime lending has begun to take its toll on the lending sector of the economy. Sub-prime lending comprises 20% of all mortgages [MW] [4] so its not an insignificant sector. It doesn’t mean that all sub-prime is predatory but its significant.

In a recent staff report by the New York Fed called Defining and Detecting Predatory Lending [5] explores this topic:

We define predatory lending as a welfare-reducing provision of credit. Using a textbook model, we show that lenders profit if they can tempt households into “debt traps,” that is, overborrowing and delinquency.

This is all scary since those that borrow in this sector are the least likely to afford outside advice.