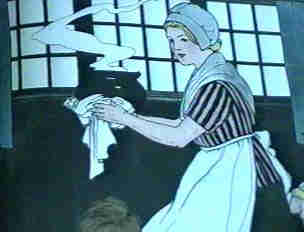 In the Fed’s ‘Beige Book’ Finds Continued Economic Growth [WSJ] [1] article, Economic activity “continued to expand” in most of the U.S. Federal Reserve’s 12 regional districts in January and February and employment strengthened, but labor costs and retail prices remained under control, the Federal Reserve said Wednesday.

The Fed said that business contacts “generally reported ongoing input cost pressures,” with energy prices “mentioned frequently.” However, those pressures didn’t appear to spill over into consumer prices, with the Fed stating that “prices at the retail level increased at only a moderate rate.”

The Fed’s rate-setting Federal Open Market Committee is due to meet March 27-28, with analysts expecting new Fed Chairman Ben Bernanke to oversee a quarter-point interest rate rise to 4.75 percent. Job creation and other economic data in recent weeks have been strong and many economists expect rate hikes this month and again in May to keep inflation risks under control [Reuters] [3].

In other words, they painted a picture that the optimal Goldilocks Economy: Not Too Hot, Not Too Cold still seems to be in place. Since the next FOMC meeting at the end of this month may be one of the last two rate increases, which could take pressure off of the housing market by stabilizing mortgage rates. Its still a Catch-22 however, because the expected rate increases will keep inflation in check but inflict more damage on the housing market, which has the potential for more significant economic damage as a result.

It sure seems like the Fed goes two rate increases when it comes to housing. Obviously, thats not their sole focus but in this situation, it would appear to be more important than ever. 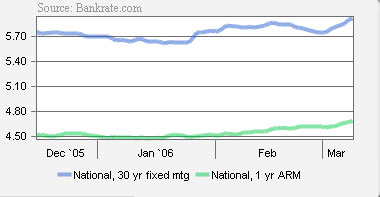 Both long term and short term rates have upticked lately tempering volume and has cause a reduction in the number of sales and tempered or caused a decline in housing prices in many markets.

_Of interest_
What is the Beige Book and why is it Beige? Economically Speaking, Its Beige [Matrix] [4]