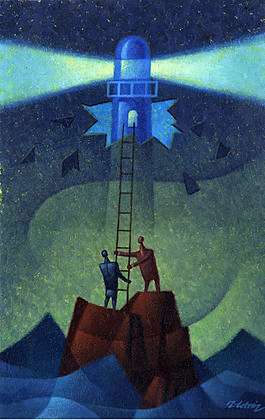 I think one of the biggest challenges NAR has faced in recent years has been its credibility with the statistics that they disseminate to the public, (which is perhaps even more critical as the market goes through whatever change you wish to label this). The NAR is one of the few organizations able to provide national housing statistics on a regular basis to the public. Over the years we have relied on this near monopoly of information to gain insight as to the direction of the real estate market. Of course we recognize that this is a trade group and its purpose is to look out for its membership. However, its not the statistics that are creating the gap, its the hard sell that goes along with it. Although one Realtor group has stopped sharing data, possibly due to the negative results it may show [Housing Bubble 2] [1].

After seemingly being on cruise control for the past several years, the real estate market has showed signs of change. A credibility gap that has formed from the rising frequency of spin used by NAR in order to keep the public from a media-induced panic over housing. No one complained when the market was going up and records were broken nearly ever month and the NAR just piled on the euphoria. Now that the market has weakened, there is polarization between what the NAR says and what the public believes, despite their in-house experts. The proliferation of “bubble blogs” is a glaring sign of the cynicism of information that has been released to the public.

I pointed out the new word NAR was using to describe the housing market, “post-boom,” yet “anti-bubble” termed housing expansion in Fill In The Blank With The Latest Catchphrase: Housing “Expansion” [Matrix] [2]. Did anyone at NAR actually look up the word expansion? The housing market is clearly not expanding.

Now last week’s existing home sales report predicts [pdf] [3] that prices will increase 5% in 2006. Anyone care to take bets on that? We have a sputtering economy as evidenced by the latest GDP figures [Macroblog] [4] prompting the Fed to telegraph it may ease its measured growth policy of raising short term rates, we have mortgage rates at higher levels (albeit not much) than they were a year ago, loan origination is projected to drop, we have speculators leaving the market and we have the highest increase in inventory in 20 years.

The Walkthrough blog just did a really cool analysis on the accuracy of NAR housing market predictions [Walkthrough]. [5] The accuracy of the predictions of the number of existing home sales compared reality was basically 100%…wrong. Not just wrong. 4% to 14% each year plus 9% in the wrong direction. Throwing darts could probably be more accurate.

The NAR reached a new low last week using phrases like “Once again, the Chicken Littles came out of the henhouse shouting the “sky is falling” in their latest research update. [NAR] [6]. How does that headline enhance their credibility as the authority on real estate with the public, besides their membership?

I would suggest that NAR continues to pump out their monthly housing stats with full disclosure on how they arrived at the figures (I think their info is generally pretty good) but back away from the need to hard sell that things are good. The facts will speak from themselves, good or bad, but taunting pessimists creates more distrust by the public.