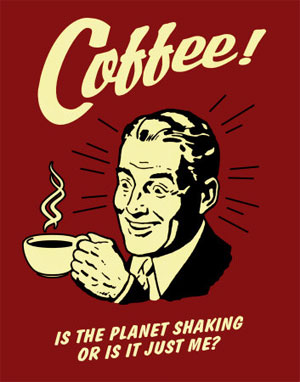 The White House and the House agreed to a $150B plan to reinvigorate the economy [1], which because of the housing market slide, may either be in a recession or about to enter one.

Democratic and Republican congressional leaders reached a tentative deal Thursday on tax rebates of $300 to $1,200 per family and business tax cuts to jolt the slumping economy.

Its not a done deal, however, since the Senate still has to approve the measure and Senate Democrats are talking about tacking on additional items which could slow down its approval, but the speed at which the House approved may influence the Senate’s speed to approve as well.

Actually, the speed at which this was approved was annointed as a new sign of bi-partisan cooperation. The rebate elements and newfound cooperation are because its an election year and people vote with their wallets. I had fleeting thoughts that they know something we don’t know which prompted the quick action. I’ll try to keep those feelings in check as this unfolds.

Yesterday I participated in a roundtable discussion [2] that addressed the impact of the stimulus package. The take away was that the rebate component was an important gesture, albeit political, but won’t be enough to prevent recession or further weakness. After all, the total stimulus plan represents about 1% of the US economy. Since 70% of the economy is consumer generated, the rebates are seen as a way to prime the pump. Whether its spent or saved, its a plus but a very small one at best. For a sense of Deja Vu, go here [3].

The California Association of Realtors has been saying that the conforming loan limit restriction is an impediment to economic recovery [4] and I probably agree with them with some caveats. The existing conforming loan limit set by OFHEO seems to be arbitrary, simply because it doesn’t float with the housing market. When housing prices slipped, OFHEO kept the loan limit unchanged. The coastal markets, where housing prices are significantly higher, is disproportionately penalized by OFHEO restrictions.

By expanding the loan limits to be more consistent with local housing markets in higher priced areas, the availability of credit, may be expanded and that would help with refi and sales activity which could temper foreclosure actions and temper the slow down in transactions.

My concern is that there would be more risk placed on the GSE’s (Fannie and Freddie) and thats OFHEO’s concern as well [5]. Congress forced portfolio size restrictions on the GSE’s [6] in light of their accounting problems and I have yet to find whether this issue was addressed in the package. In other words, will more loans actually fall under this change or would there simply be a reallocation of mortgage types.

Media Appearance: I’ll be on CNBC Power Lunch at about 12:30 today on a panel discussion covering this issue.

UPDATE: As far as I can tell, the portfolio caps on the GSE’s are not being expanded, which significantly mutes the benefit of expanding the loan limit because it will result in the spreading around of loans taking from lower priced markets and moving availability to higher priced markets. Hopefully the Senate version will expand them.