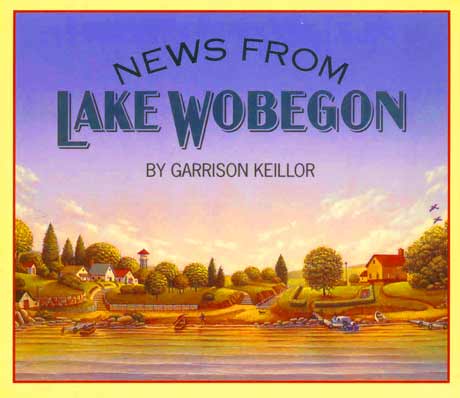 A survey found that despite all the gloomy economic news, 1/3 of Wall Street think their compensation will exceed last year’s levels [1].

If people think that, it’s a combination of human nature and the Lake Wobegon effect,’ he said — a reference to the mythical town in Garrison Keillor’s “Prairie Home Companion,” where “all children are above average.”

Don’t forget that “all the women are strong and all the men are good looking.” (I am long time podcast devotee of Lake Wobegon [2].)

One of the key reasons that the New York City metro area was one of the last residential housing markets to be impacted by the housing market slow down was the financial might – that is Wall Street bonus compensation. Last year bonuses accounted for just under 50% of total wages paid out in the financial services sector. It’s a long time annual economic ritual in New York [3].

It’s going to get painful for many in NYC over the next few years. I have many friends on the Street who work hard and make a decent living, but have or will lose their job as a result of a sector of Wall Street that went haywire. It’s simplistic reasoning to lump all segments of Wall Street all together. However, we do like to do that, especially when pointing fingers. Lower bonus compensation will impact the housing market in the New York region over the next few years with less income making it’s way toward mortgage payments.

Bonuses, which soared to record heights in recent years, could drop by 20 to 35 percent across the industry, according to a private study to be released on Thursday. Bonuses for top executives could plunge by 70 percent.

If 50% of your total compensation drops 50% or more, that’s a major decline in spending power. It’s very easy to be generic about all of this. The message given out is: Wall Street is BAD and all Main Street is GOOD. Yet, they are not mutually exclusive.

Is some of the logic for compensation crazy [4]? You bet (no pun intended).

Should New York Attorney General Cuomo go after financial abuse and fraud [5]? You bet. Of course it furthers the notion that bonus compensation is somehow criminal so he needs to walk the path very carefully. Judging by how Cuomo handled appraisers’ role in the mortgage crisis [6], I suspect he will do it right.

Somehow along the way, the word “bonus” has become another word for “greed”. Sure, there are upper bracket wage earners who make mind boggling compensation. But that is not the masses.

Main Street was pitted against Wall Street as an election theme (just like small town America was presented as the ‘Real America’).

Greg David, editor of Crains New York writes in his post “In defense of Wall Street Bonuses [7]” He makes the case that:

The mayor gets 9% of his revenue from Wall Street, and the governor relies on it for 20%. Bonuses are key to spending on education, health care and police.

One of Greg’s students at the CUNY Graduate School of Journalism gives a more ground level perspective [8]:

So, every time I hear about Wall Street cutting jobs or cutting salaries, all I think of is Eddie. A 25-year-old guy who works his tail off about 50 hours a week–and even more since the financial crisis made its landfall.