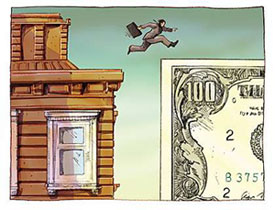 Scott Reeves contends, in an article posted on Forbes.com: Don’t Believe The Hype [2] that the booming real estate market is driven by fundamentals including low mortgage rates, increased employment and demand (note: demographics). Its not driven by investors.

Although NAR indicates that 23% of home purchases in 2004 were made by investors, Freddie Mac [3] statistics indicate that the length of homeownership has increased from 6.5 years in the first half of 1999 to 7 years in the first half of 2004. Although this argument doesn’t reflect the recent uptick in housing prices in 2005, it could infer that the market is not being determined by runaway investors aka speculators aka flippers. 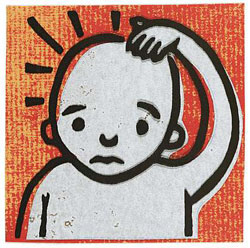 In fact, NAR says that no more than 3% of all purchasers sell their homes in less than a year.

This is consistent with…

the cascade of baby boomers in their prime earning years who are beginning to think about retirement. Many boomers, real estate agents say, buy a second home with the intention of retiring there–but most are more than happy to sell it in a few years if plans change or if the price is right.