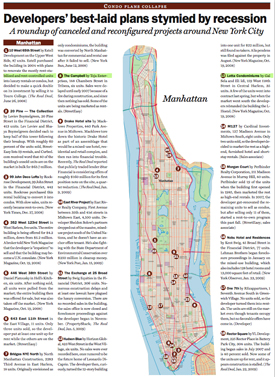 The Real Deal Magazine [1] is relentless in its coverage of the New York City real estate economy (and other markets), warts and all – one of those areas is getting a lot of attention lately is the new development market. We are seeing new types of selling techniques [2].

One of the significant issues is shadow inventory and the change in plans that many developers are forced to initiate/accept [3] with the fall off in demand and increased difficulty in obtaining mortgages.

Here are a series of maps [4]which shows the status of a number of new developments in New York City.

The federal government might be a good suitor [5] – apparently they have no qualms about overpaying for assets.