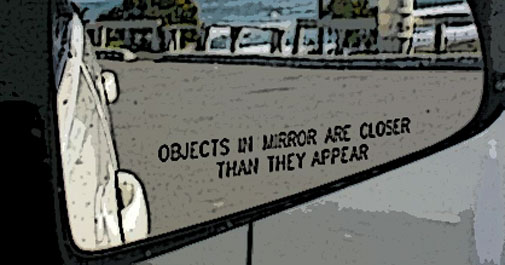 Here’s a collection of phrases that caught my eye for our newfound understanding about our new housing/credit morality/thinking:

Moral Hazard [1] – I have linked to Holden Lewis’ brilliant post before: Moral hazard is when people take unwise risks because they are sheltered from the consequences. For example, if you wear a seat belt and drive a car with airbags, you’re more likely to tailgate.

Rally between Concern Phase and Fear & Capitulation Stage [2] – Comstock Partners has some great commentary about the housing market: Now even Fed Chairman Bernanke has caught on to the dangers of the bursting of the bubble.Â  He stated in both Tuesday’s and Wednesday’s testimony before Congress, “the housing market is the central element of the financial crisis.Â  Anything we and Congress can do to strengthen the housing market, or strengthen the mortgage financing market, will be helpful.Â  We can do this by restoring confidence in the Government Sponsored Enterprises (GSEs).”Â  We are happy to have Mr. Bernanke on board, but are not too happy about begging Congress to slow down the process by trying to get bills passed that would postpone the inevitable decline and make the eventual decline even worse. We have to let the free market work its way through the housing crises.

Flat is the new up [3] – Daniel Gross of Slate’s column captures the feeling of victory in today’s economy. Last weekend, at a suburban barbecue, I asked a friend who works for an asset-management company how his firm was faring in these turbulent times. “We’re actually doing OK. Keeping our heads above water.” At which point another guest chimed in: “Hey. Flat’s the new up.”

Foreclosure Contagion [6] – Zubin Jelveh’s Odd Numbers blog in Portfolio.com offers a wealth of sharp insight on an array of economic topics: The researchers also find that the negative hit from a foreclosure is strongest right before a lender takes control of the property. They argue “that when foreclosure is inevitable, efforts to speed the foreclosure process would be effective at reducing the contagion effect.”

It’s a good time to buy real estate [7] – housing prices double every ten years – NAR is hard selling and yes, it may be a good time to be real estate in certain markets and for some people. Because NAR says this 24/7, it’s hard not to cast a jaded glance their way.