I just returned from China for the second time in a little over a year and have yet been able to make sense of their domestic housing market. I am not talking about their must discussed housing bubble phenomenon or whether they have a housing bubble in the truest sense. I am talking about what seems to be a lack of a re-sale market.

After years of communist rule, the concept of home ownership in China is relatively new and appears to be in its early stages of development. Because growth in housing construction has been astronomical with all sorts of distorted metrics – their use of cement in 3 years (2011-2013) was more than the amount used in the U.S. over 100 years (1901-2000). 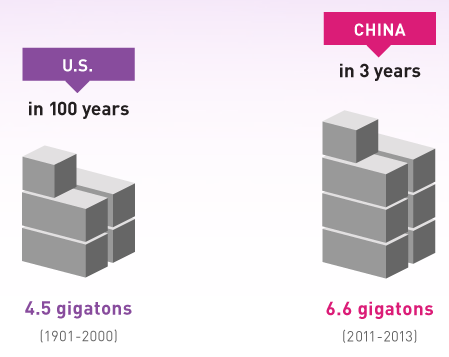 Housing accounted for at least 15% of GDP [2] in 2015, down from 22% in 2013. This is why we are seeing large Chinese construction companies working all over the globe these days – due to oversupply of new housing in China. The opportunities for revenue growth at the same pace seems limited.

On the bullet train we rode from Bejing to Shanghai, there were high rises under construction on both sides of the train tracks for most of the 5.5 hour trip. It’s hard to comprehend how much construction is underway without seeing it first hand, but it is massive.

The scene during much of the 5.5 hour bullet train ride from Beijing to Shanghai. Construction sites dominated the view / I didn't think there were so many construction cranes in the world, let alone one country. [3]

Ghost Cities v. Ghost Towns
Unlike ghost towns in the U.S. which are abandoned after the economic forces are no longer in play, ghost cities [4] have never been occupied. I think this is a pretty obvious flaw of central planning. I learned that incentives play a big role in unnecessary construction. In order for provinces to receive income from the central state, they are encouraged to generate GDP. Construction of apartment buildings is a quick way to boost GDP but there didn’t seem to be concern about their eventual occupancy (a la, build it and they will come). Also since the government owns the land, developers pay ongoing fees for using it. Our tour guide said that there were at least 40 ghost cities in China although this study says there are less. [5] Here is a map of known ghost cities: 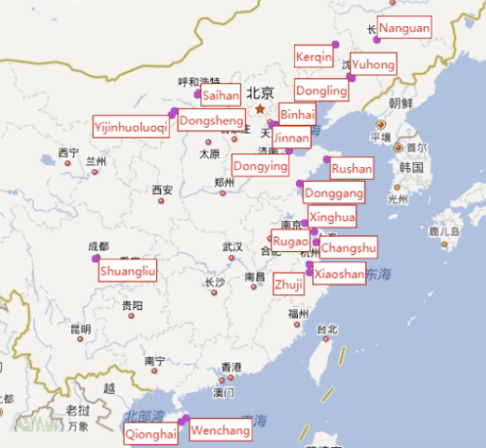 Multiple generations pooling their equity
Housing prices have been rising at about 17% annually for a decade [6] – versus 11% disposable income growth of city dwellers. Rising prices have forced many buyers to pool the financial resources of as many as 3 generations of family. This shows how much is at stake for the Chinese government – if the housing bubble was to collapse. Yet same people I spoke with that expressed faith in the housing market showed grave concern over the integrity of their stock market. What alternative investments aside from housing does the typical domestic investor have? Especially since Chinese housing prices increased 53% in the past year [7]? 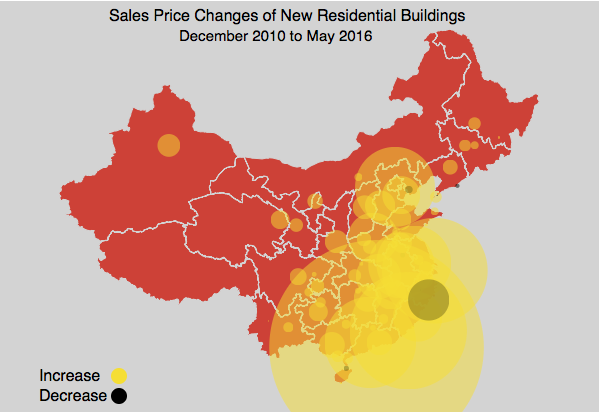 However I am trying to get an answer for a much more basic point.

Is there a substantial Chinese re-sale market?
I feel way out on a limb when I say the following: few investors actually sell their apartments in the newly constructed apartment buildings.

I asked investors and real estate professionals in the Chinese housing market; four of our tour guides of the past few years; various people I met there during The Real Deal Shanghai conference [8]: “Do investors sell their new apartments?” I consistently got a blank stare for a few moments as if the question had never come up before. A few people told me that buyers hold on to their investments for the long term and “no one sells.” On one of the real estate panels I moderated in Shanghai, a real estate professional made a comment that Chinese investors always prefer new.

The government has been trying to cool the market, requiring much larger down payments for investors, i.e. 70% [9] and limit purchases to 1 per investor, but demand and creative work arounds, such as bogus divorces to skirt restrictions [10], remains high.

U.S. re-sales (existing sales) have accounted for roughly 85% of total U.S. housing sales over the long run. Granted, China is new to the concept of home ownership so the re-sale market would not dominate housing sales like it does in the U.S. But without a vibrant re-sale market, the “value” derived from Chinese housing market indices tell us Chinese housing price trends must be almost exclusively based on the newest home construction sales prices and that equity is not tangible.

Home sales seem to be a one-way transaction. Investors that buy a home feel wealthier as their investment rises in value. Theoretically that gets them to go out and consume, i.e. the wealth effect [12]. However the market share of consumer spending in China is roughly half the 60% market share seen in the U.S. so they have a long way to go. While the Chinese investor may enjoy rental income when an active rental market exists, domestic housing purchases seem to be driven by a long term equity play.

I have found no anecdotal evidence of the widespread selling of existing properties that were recently developed. There doesn’t seemed to be a tangible moment when the recent investor expects to cash out the equity realized on their purchase of several years ago. If this is an incorrect observation and there indeed is a vibrant and active re-sale market of newly constructed housing, I was unable to see one or be told of one by consumers and real estate investors who live there.

So please clue me in.