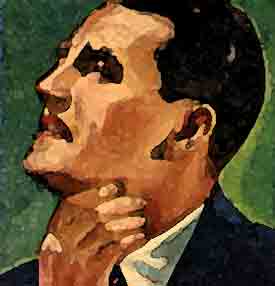 I don’t know if have much fight left in me. I am now reading the novel Choke [1] (same author as Fight Club [2], an all-time favorite), the transition to this book seems appropriate at the moment.

We are spinning around in circles wolfing down the information we are fed and I think we are slowly, painfully moving in a more productive direction. But it is going to cost us dearly, talk a while and we don’t really understand how to fix it or prevent it from happening again.

It’s not enough for Wall Street to be reinvented. Of the 5 big investment banks, Bear and Lehman are now gone, Merrill was bought by BofA and Morgan and Goldman decided it was better to be a commercial bank.

Still no answers yet.

And old habits die hard – commercial banks don’t want assets valued at market value [3] just yet because it might hurt their books before the bailout.

The SEC has been MIA [4] and Paulson and Bernanke are moving in on their turf.

Members of the economic far left and far right don’t like the $700B bailout [5] without answers either:

“This administration is asking for a $700 billion blank check to be put in the hands of Henry Paulson, a guy who totally missed this, and has been wrong about almost everything,” said Dean Baker, co-director of the liberal Center for Economic and Policy Research in Washington. “It’s almost amazing they can do this with a straight face. There is clearly skepticism and anger at the idea that we’d give this money to these guys, no questions asked.”

“This is scare tactics to try to do something that’s in the private but not the public interest,” said Allan Meltzer, a former economic adviser to President Reagan, and an expert on monetary policy at the Carnegie Mellon Tepper School of Business. “It’s terrible.”

Perhaps, the dialog for a solution can finally begin. The Brookings Institute released a brief: A Brief Guide To Fixing Finance [6]

It’s all pretty basic but lays it out cleanly.

They recommend these reforms should be:

Is gagging better than choking?