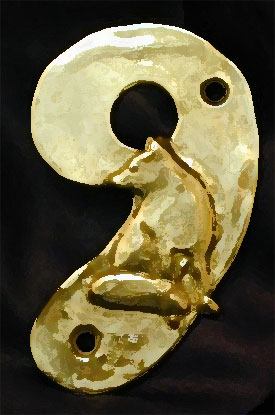 Which begs the question: Do you get what you pay for?

I have been struck by all the recent solutions to the financial crises that we have slipped into, whose severity, by most accounts, caught government officials and financial institutions mostly unaware. Of course my favorite bubble bloggers have been saying so for quite a while, including The Housing Bubble Blog [2], Bubble Meter [3] and Housing Doom [4]. In fact, they have been screaming about it. Their perspective has largely been from the stand point of the absurdity or the void of logic of high prices paid and the greed. Not much dialog about the cause until recently, because few actually saw it, let alone understood it.

In retrospect, it was never about high housing prices alone, it was mainly about easy credit that enabled the purchase of property at seemingly any price. cart before the horse

The naming convention for the housing boom/bubble/bust should have been based on “mortgage” or “credit” rather than “housing.”

Anyway you slice it, we are in the middle of a real financial crises and I am hopeful that the recent stimulus package does not convince the powers that be that the problem is solved. The stimulus package is simply a baby step, but at least it is in the right direction. It looks like more reforms are being debated and discussed [5] and (surprise, surprise) all deal with mortgages. A bailout is not on the table, nor would it be a solution, or fair to homeowners who were not greedy or did not take responsibility for what they were signing.

While ultimately, markets need to find their own balance and it is good for home prices to decline [6] as part of the cycle, the exposure to our financial system based on ill conceived mortgage lending needs to be fixed. It really is scary how exposed our economy is on this one.

Innovative solutions will be next up on the Congressional agenda because rate cuts don’t [7]ahem cut it.

With worsening strains in credit market threatening to deepen and prolong an incipient recession, analysts are speculating that the Federal Reserve may be forced to consider more innovative responses -– perhaps buying mortgage-backed securities directly.

Some legislative actions in the works right now:

I am actually impressed by the creativity of solutions being proposed but the details make or break their effectiveness. Right now we have sort of the inverse of the period which saw immense creativity of mortgage packages during the housing (mortgage) boom. Hopefully the solutions are not as complicated as the problems that caused this situation. I don’t need to find another tranch loaded with problems.

To digress…On the Beatles’ Revolution #9 [11] single, parts of the song, when played backwards with a turntable, sound like “turn me on dead man [12].”

Ok, back to work.