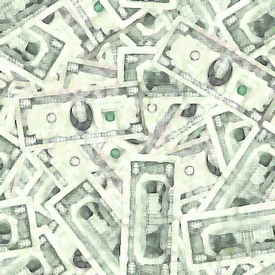 There was an interesting Op-Ed piece in the New York Times this week written by Howard Husock of the Manhattan Institute called Housing Goals We Can’t Afford [1].

The article points out that with all the housing and mortgage woes across the country, it’s pretty easy to point fingers. However, it gets more difficult when you point them at groups that tried to do the right thing.

The Community Reinvestment Act [2] was passed in 1977 when bank competition was sharply limited by law and lenders had little incentive to seek out business in lower-income neighborhoods. But in 1995 the Clinton administration added tough new regulations. The federal government required banks that wanted “outstanding” ratings under the act to demonstrate, numerically, that they were lending both in poor neighborhoods and to lower-income households.

Banks were now being judged not on how their loans performed but on how many such loans they made. This undermined the regulatory emphasis on safety and soundness. A compliance officer for a New Jersey bank wrote in a letter last month to American Banker that “loans were originated simply for the purpose of earning C.R.A. recognition and the supporting C.R.A. scoring credit.” The officer added, “In effect, a lender placed C.R.A. scoring credit, and irresponsible mortgage lending, ahead of safe and sound underwriting.”

I remember at one point, quite a while ago, before digitally delivered appraisals, lenders were calling us to get the census tract number the property was located in. We soon discovered that the standardized binder that held the appraisal and other mortgage documents, required two holes punched at the top of the form. One of the holes covered the census tract number. This number was used to credit the bank with originations in lower-income neighborhoods. It struck home (no pun intended) how important it was for them to cover all the markets.

CRA is a noble endeavor. The solution to uneven lending missed a basic economic fact: banks were pressed to lend in areas with lower home ownership and therefore had to lower their underwriting standards to get enough volume to make the regulators happy.

The result? Higher default rates are experienced in these markets. Mandating quantity creates an environment of weaker quality.

If the Community Reinvestment Act must stay in force, then regulators should take loan performance, not just the number of loans made, into account. We have seen the dangers of too much money chasing risky borrowers.

An argument can be made here for encouraging renting when ownership is not affordable or simply creates too high of an investment risk. You can look around and see what happened when lending practices were not reflective of market forces. Bedlam – good intentions or not.

UPDATE: I got an generic but informative email from the Center for Responsible Lending, likely as a result of this post that contained the header: “Bashing CRA Doesn’t Help.” It provides tangible talking points that are informative. The sensitivity is very elevated over this topic and I wasn’t bashing – I just have a concern over the transfer of risk to lenders – it’s a brave new world out there and interpretation of risk has changed overnight.

According to John Dugan, Comptroller of the Currency, “It is not the culprit.”

They are talking about the wrong but persistent rumors that the Community Reinvestment Act, a longstanding rule to encourage banks to lend to all parts of the communities they serve, is the reason behind for the surge in reckless subprime lending.

First, CRA was passed into law in 1977, well before the development of the subprime market. The majority of lenders who originated subprime loans were finance companies, not banks, and thus not even subject to CRA requirements.

A recent study by the Federal Reserve points out that 94% of high-cost loans made during the subprime frenzy had nothing to do with Community Reinvestment Act [3]goals.

A lump of coal to the media who perpetuate this myth. The sooner we stop finger-pointing and focus on real solutions [4], the better.