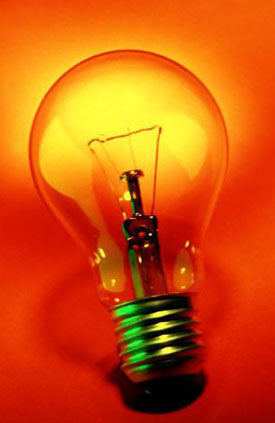 Yesterday I found myself on CNBC Morning Call debating with Adam Koval, former stock analyst and founder of the San Francisco real estate site Socketsite [1] whether analyzing the condo market as representative of the overall housing market was a better indicator. There was no real time to make our points because Natural Gas Inventories numbers were being released.

Adam is a sharp guy who came up with this theory that got coverage in CNN/Money [2] and was picked up by CNBC.

His stock market background probably explains his reason for taking the investor/condo approach to analyzing the real estate market. He believes that it is all about the investors because they are not emotional and condos are more homogeneous so they can be more readily compared.

So investors and condos lead the way because its easier to measure appreciation?

I think there is a great need by investors, consumers, real estate professionals, the media and others to strip away all information on real estate markets until you get to the:

You know, that one indicator that makes us feel warm and fuzzy inside knowing that we have the inside answer. Well, guess what? It doesn’t exist.

The argument goes that investors research and interpret at the market clinically, without the emotional reactions that consumers and are simply looking for the return on investment (that makes so such sense or we would have never experienced market corrections in stock markets). Now imagine using the stock market indexes to estimate the value of your specific stock. i.e. the Dow Jones Industrial Average to price your Microsoft shares. It would make no sense.

Since I analyze a real estate market based in an international financial market hub (NYC) there is a great deal of efficiency because that is the orientation of many.

Here’s a few reasons why the stock market/investor activity doesn’t correlate to the real estate market:

That being said, lets now look at investors and condos.

Individual real estate investors are more likely to purchase condos rather than single family houses. They are usually looking at cash flow after rental or appreciation. This is how publications like The Economist do it. They look at the relationship of rents to housing prices, assuming that investors are a major force in the market. But what if they are not?

Here are some basic problems with condos as an indicator:

In Adam’s defense, I think he was trying isolate appreciation in order to see how the market is doing.

In other words, a new condo will like not be upgraded within a few years after purchase. So the change in value over this period would be attributable to appreciation, not some sort of improvement made to the property.

Also it is unlikely that the size of the unit would change (unless combined with an adjacent unit), unlike a new addition added to a house. This is a valid concept, but as an indicator, it can only apply to the market being measured, because any other similarities are merely coincidence.