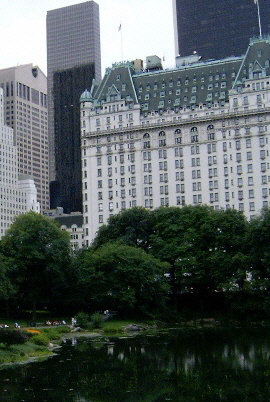 During the most heated periods of the recent housing boom, there was, of course, was a tremendous amount of new residential development in most metropolitan regions. Demand was triggered by a favorable mortgage rate environment, aging baby booms looking for a 2nd home and the continuing trend of New Urbanism [1].

A residential developer had two basic choices. Acquire and build on a new site or convert an existing building. The conversion choice would largely evolve around an existing rental building, an obsolete or under utilized commercial office or manufacturing (loft) structure (assuming residential use was permitted) or hotels.

Hotel condos are the new development model these days [BW] [2].

New York lost an inordinate amount rooms to condo conversion as well as some famous hotel landmarks. The rush to replace them with new units has been a losing battle because of inelasticity.

Translation: its difficult to get new developments to market.

One one hand, it shows how much in demand a city like New York is as a destination, but it also shows a sign of vulnerability. This predicament is not good for a market where tourism dollars are an important component of the city’s economy. With a hotel occupancy rate of more than 85% (2005) [3] (for practical purposes its really 100%), it makes it tough to attract conventions because the room rates are very high (2005 average: $232.31).

Reality check: try to book a room in Midtown Manhattan with less than one week’s notice for less than $300.

As I have mentioned on Matrix before, we are starting to see cases where new development sites, which would have previously been a condo slam dunk conversion (its highest and best use), are now being considered for condo hotel conversion.