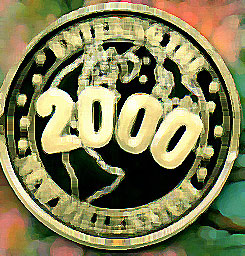 With consumer confidence dropping, the consumer’s swagger is gone [1]. Reports of foreclosure speculators profiting from other’s misfortunes [2] and hedge funds picking through the carnage of non-performing residential mortgages are the stories of the day. [3]

In other words, it’s a perfect to time to begin delivering contrarian optimism. After all, 8 months have passed since the summer credit meltdown and we are ready for a change. Aside from the NAR and other trade groups who are always on the glass is half full side, we are starting to see more contrarian coverage emerge.

During the Y2K panic of 199 [4]9, there was tremendous anxiety built up over the collapse of the world economy because more zeroes were needed in the proverbial electronic date field of most software applictions. Will the credit crunch coverage follow the same path (an overhyped media consipiracy enabled by slow news days)?

Evidence may be seen in the John Berry column on Bloomberg [5] who said the ARM reset crisis won’t be as big of a deal as everyone feared.

I cam across this column last week and was going to write about my doubts in the logic given the short window of data that was looked at but was pleasantly surprised when I came across Andrew Leonard’s column (a regular read of mine) “How the World Works” called: Whatever happened to the great ARM reset crisis? [6]

Emphasizing that the data Berry based his conclusions on came from just one month of mortgage-backed securities issued by just one mortgage lender, Smith took the time to look at a database containing information on 38 million mortgages issued between 2004 and 2006. That database shows that out of 8.4 million ARMS originating during that time period, only 9.1 percent had initial interest rates of 8.5 percent or higher. A whopping 1.1 million were 2 percent or lower. (Contrast that to Berry’s assertion that “most of the initial rates were 8.5 percent or more.”)