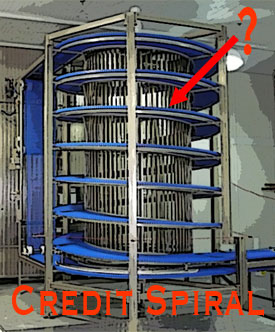 In other words, it’s a lot harder to obtain financing.

Chairman of the Federal Reserve said in a speech yesterday [3] that the decline in home prices was different this time and more flexibility in solving the problem is called for.

In a 10-page speech, Mr. Bernanke said [4] (is 10 pages double spaced supposed to be significant?) that some regions of the country including California, Florida, Colorado and parts of the Midwest have experienced sharp increases in the number of homeowners who are delinquent on their mortgages, despite data that does not reveal the classic causes of foreclosures, like higher unemployment rates.

Instead, much of the problem can be attributed to a decline in home prices, which, Mr. Bernanke said, can “reduce the ability and incentive of homeowners, particularly those under financial stress for other reasons, to retain their homes.”

(image of lightbulb turning on) Borrowers were allowed to have mortgages they could not afford and speculators have less incentive to hold on to their properties. Economic vulnerability is made even more precarious by the vulnerability of the GSEs. (Today, Fannie Mae Posted unexpected losses [5] associated with credit performance).

Separately, the government-sponsored enterprises (GSEs)–Fannie Mae and Freddie Mac–could do more. Recently, the Congress expanded Fannie Mae’s and Freddie Mac’s role in the mortgage market by temporarily increasing the limits on the sizes of the mortgages they can accept for securitization. In addition, because the GSEs have resolved some of their accounting and operational problems, their federal regulator, the Office of Federal Housing Enterprise Oversight, has lifted some of the constraints that it had imposed on them. Thus, now is an especially appropriate time for the GSEs to move quickly to raise significant new capital, which they will need to take advantage of these new securitization and investment opportunities, to provide assistance to the housing markets in times of stress, and to do so in a safe and sound manner.

As the GSEs expand their role in housing markets, the Congress should move forward on GSE reform legislation, which includes strengthening the regulatory oversight of these companies. As the Federal Reserve has testified on many occasions, it is very important for the health and stability of our housing finance system that the Congress provide the GSE regulator with broad authority to set capital standards, establish a clear and credible receivership process, and define and monitor a transparent public purpose–one that transcends just shareholder interests–for the accumulation of assets held in their portfolios.

Bernanke actually says “Location, Location, Location”
There is significant locational disparity in the performance of housing markets across the country. Bernanke showed a very cool set of heat maps on a variety metrics. 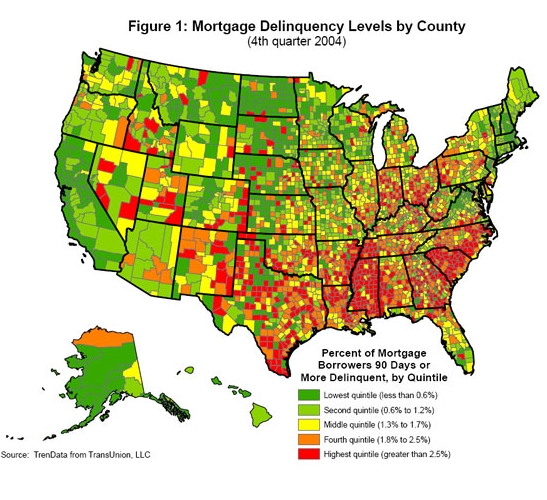 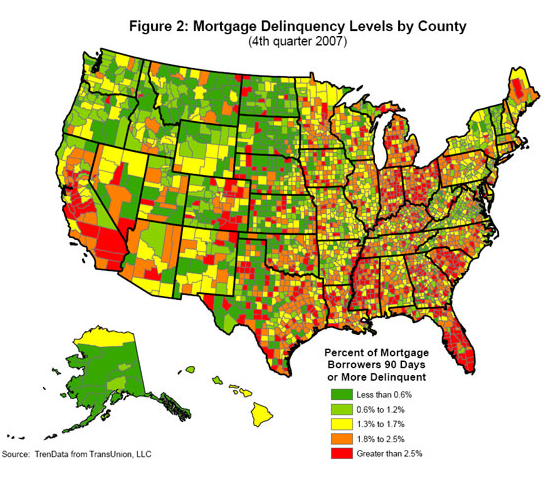 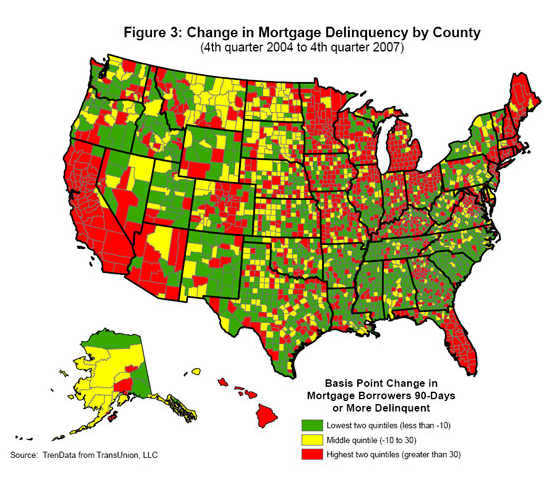 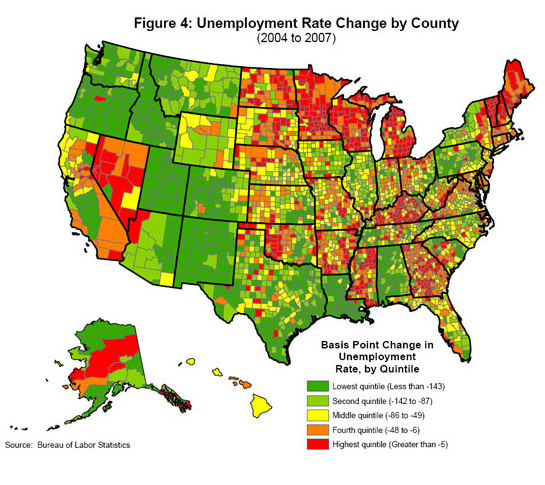 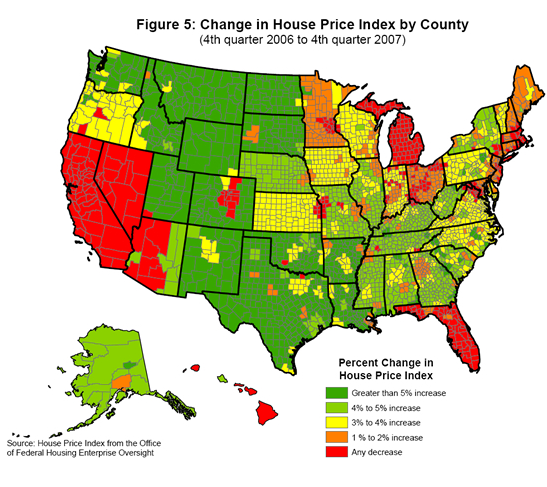 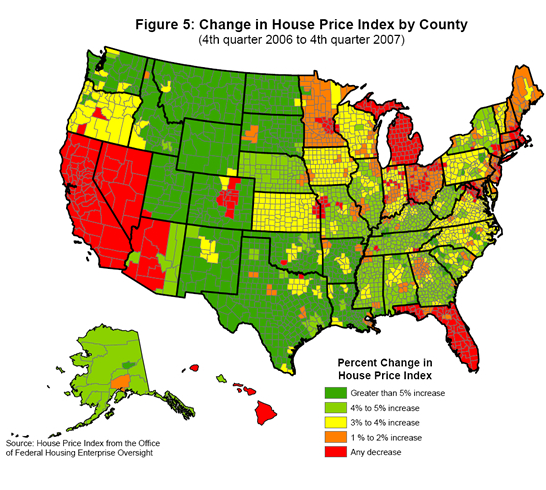 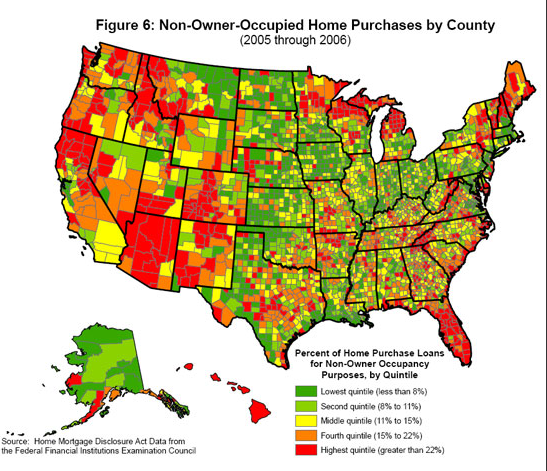 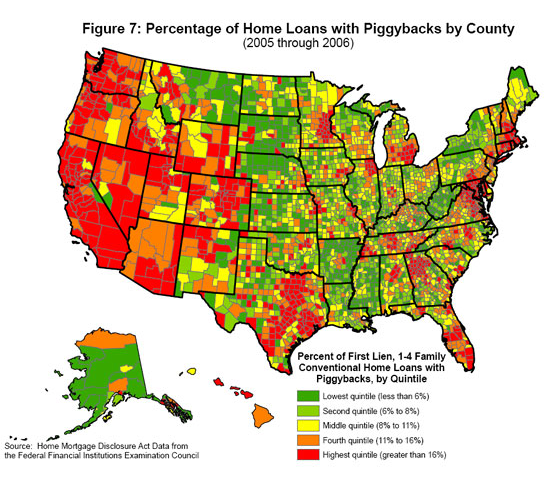