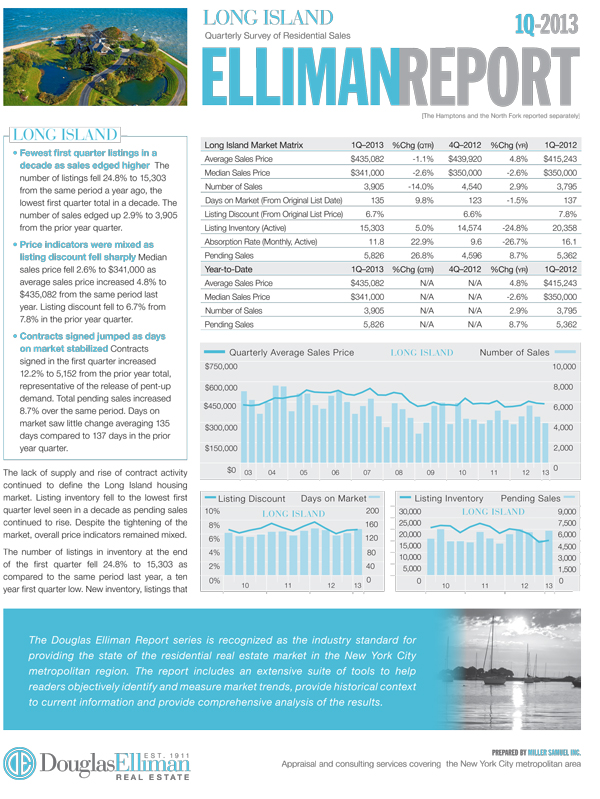 This is part of an evolving market report series I’ve been writing for Douglas Elliman [3] since 1994.

…The lack of supply and rise of contract activity continued to define the Long Island housing market. Listing inventory fell to the lowest first quarter level seen in a decade as pending sales continued to rise. Despite the tightening of the market, overall price indicators remained mixed. The number of listings in inventory at the end of the first quarter fell 24.8% to 15,303 as compared to the same period last year, a ten year first quarter low…

You can build your own custom data tables [4] on the market – now updated with 1Q 13 data. Check out the charts by browsing in our chart library [5].