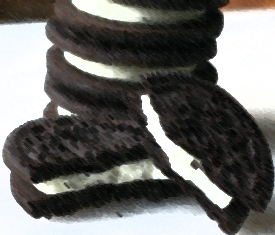 It looks like its sort of official – we are in a (national) recession. The last straw was the weak retail sales report just announced [1] and weak employment [2] in a report issued last Friday. A “recession” won’t be officially confirmed until after it’s over. Recession is official once there are 2 consecutive quarters of negative growth in GDP which is the expectation for the next 2 quarters (1Q08, 2Q08)

The characteristics of a recession tend to be rising unemployment (falling employment), declining housing prices and elimination of inflation (usually). These conditions could continue to make the dollar weaker, which keeps the pressure on for foreign demand, but weakens other sources of demand through layoffs and reduced compensation.

The Wall Street Journal’s survey of economists yesterday indicated that not only is there a risk of a recession, we are actually in one [3].

One of the authors of the economist survey for the WSJ, Phil Izzo, gives a good video overview [4] on the sentiments expressed.

The current administration had to deal with a recession back in 2001. It now has the pleasure of dealing with a second recession, something that does not often occur within the same administration. Today, President Bush acknowledged that there are tough times ahead [5]. While it is good to hear that the administration is now very concerned, I am not sure how this helps the economy. Their plan to bolster the mortgage credit markets [6], while addressing the obvious, (released yesterday) also seems to be watered down.

In a joint study by Duke University and CFO magazine, they concluded:

Optimism among U.S. CFOs has plummeted this quarter, with three-quarters of them predicting a recession at some point during 2008. Even grimmer: They expect inflation will rise to 3 percent this year. Grimmest: Nearly 90 percent say the economy will not rebound until 2009.

Weak consumer demand and turmoil in the credit and housing markets are the top macro-concerns of top finance executives. The high cost of labor ranked as the top internal concern.

Housing and the credit crunch seems to have been the last straw. Here’s an overview about the situation I wrote about a year ago [9], in anticipation of this moment.