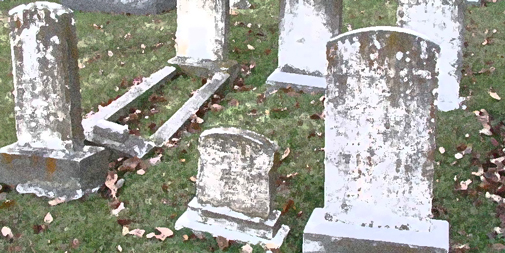 The New York Times had a trifecta of estate-related coverage this weekend.

In What an Estate Looks Like to the Taxman [1] explores the lack of estate tax for 2011. The threshold could be dropped from $3.5M in 2009 to $1M in 2011 if its reinstated. The coffers are pretty empty with all the spending post-credit crunch so I would find it hard to believe that it won’t be re-instated.

When Congress passed a law that eliminated the estate tax for people who die this calendar year — with plans to bring it back with a vengeance in 2011 — the joke among estate planners was that 2010 might go down as the year of “Throw Momma From the Train.”

The Confusion Over the Dormant Estate Tax Keeps Advisers Busy [2] talks about the scramble for estate planning this year. Since housing tends to be the biggest asset in a typical estate, and the level of property values in the region, I’m anticipating a lot of estate tax appraisals next year.

The real problem comes for the merely rich — individuals worth more than $1 million and less than $3.5 million and couples with net worths of $2 million to $7 million who previously did not have to worry about the estate tax. If Congress fails to act again this year, the estate tax laws next year will revert to their levels before 2001, and that could snare a host of people who set up the estate plans on the assumption that there would be no tax when they died.

The real estate section cover story this weekend was Loved. Lived In. Listed as an Estate Sale. [3] The article covers a fact of life (no pun intended) in real estate. In NYC, “estate condition” is a common term that suggests the property needs significant updating.

That is when the property entered the realm of the estate sale, a segment of the market often inhabited by one-of-a-kind apartments that haven’t been touched in decades. These places tend not to be bargains, especially after factoring in the often necessary and sometimes costly renovation. But they attract a certain species of intrepid buyer, satisfying an appetite for an ambitious redo, architectural distinction or an aura of prestige.