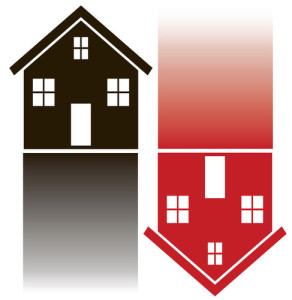 I was speaking at the New York Real Estate Bar Camp [2] recently and asked the audience what to call the state of housing market right now, since I objected to the use of the word “recovery” and “a period of better stats without underlying fundamentals” wasn’t catchy. Philip Faranda [3] came up (more like shouted out) a brilliant suggestion. We’re in a “Pre-Covery!” I loved it and it stuck.

I thought about the new word when I read a great Robert Shiller piece in the New York Times this weekend called: A New Housing Boom? Don’t Count on It [4].

Shiller questions the substance of the happy housing news we’ve all been reading about:

It’s hard to pin down, because nothing drastically different occurred in the economy from March to September. Yes, there was economic improvement: the unemployment rate, for example, dropped to 7.8 percent from 8.2 percent. But that extended a trend in place since 2009. There was also a decline in foreclosure activity, but for the most part that is also a continuing trend, as reported by RealtyTrac.

What’s missing from all the metrics being tracked and discussed is sharply falling inventory – that’s what is driving prices higher even though little else has changed.

The reason for falling inventory? Sellers, when they sell, become buyers (or renters) and with >40% of mortgage holders having low or negative equity, they don’t qualify for the trade up. We have been so focused on negative equity that we’ve paid short shrift to the impact of low equity.

Not only don’t many sellers qualify – they simply aren’t under duress i.e. they haven’t lost their job, don’t need to move, etc. so what will they do when they realize they don’t qualify?

This has created yet another form of “shadow inventory.”

Although I certainly agree that the long term trend of mortgage rates doesn’t really correlate with housing prices since rates have been falling for years, weak employment and personal income are not justifying the last 6 months of housing market improvement.

I see falling mortgage rates as simply keeping demand steady (but rates can’t fall much further) and falling inventory is either pressing prices higher or to stabilization depending on the market.

Here is a simplistic generic but typical scenario in most of the markets I follow over a 2 year window:

In this scenario the rise in sales is NOT working off inventory – the math doesn’t work so something else is in play – low or negative equity is choking off new listings entering the market against steady demand caused by falling rates.

Since low inventory is not a local market phenomenon but is happening in nearly every housing market I can think of (sales rising modestly and listing inventory falling sharply) it makes this a credit phenomenon. I like to say “housing is local but credit is national.”

To make this discussion really crazy we could even say that tight credit conditions are actually prompting the pre-recovery something that on the surface is very counterintuitive. But in reality, tight credit is choking off supply and low rates are keeping demand constant. Then prices rise.