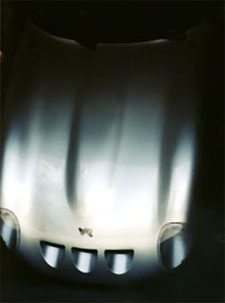 Neil Henderson’s article Secret of the Up-or-Holding Rate: Tuesday’s Fed Mystery Theater [WaPo] [1] provided an excellent analysis of how the Fed has changed its communications with investors from short term to long term clues.

In the Greenspan era, everyone seemed to be on the same page about what sort of rate change was going to be made at the next Federal Open Market Committee meeting.

In public appearances, Bernanke gives the goal but not the mechanics.

In mid-July, he outlined the collective goal of the policymaking Federal Open Market Committee: a so-called “soft landing” in which the economy slows down just enough to tame inflation without sliding into recession.

The forecast represents what the policymakers expect to happen if they adjust interest rates just right — without saying specifically how they will do so.

This approach is called “inflation forecast targeting” by Fed economists and academics.

No clues have been provided by FOMC members because they don’t really know going into this meeting what the consensus us. The San Francisco Fed President said in a speech that she would favor a pause [FRBSF] [2] because if inflation starts to respond to the rate cuts, they have overshot the market but thats hardly the consensus.

The Fed Futures index indicates a 60% chance the Fed will pause tomorrow. On Friday 17 of 22 major Treasury bond dealers polled by Reuters were telling their investor clients that the central bank would hold its benchmark short-term rate steady at 5.25% when policymakers gather Tuesday. [LA Times] [3]. If true, this would be the first time since May 2004 that no rate rise occured.

The weak jobs report last week [Barrons] [4] seemed to make the odds much better. For the past six weeks, treasury yields are their lowest in 6 weeks (yields down = bond prices up) as investors have been fighting to buy the bonds. However, the end may be near as the market has been over-speculated and rates may nudge up a little. Even so, the 10-year has dropped from about 5.2% to about 4.9% over this period. In some local markets, dormant as of late, have been showing some signs of stirring even though its summer. Rate fluctuations bring people in and push them out [5] like the tide.

As far as housing is concerned, slightly weaker rates is a mixed blessing since it comes primarily from a weaker job market. You need income to buy a house. Short term Fed trends won’t undo the damage caused by long terms trends but its a start.