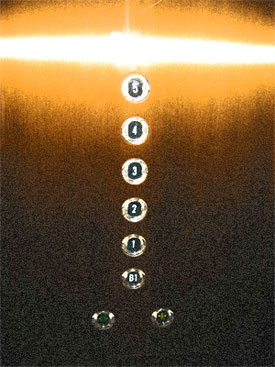 This is what passed through my mind when I saw this headline (and not to be the chicken little messenger of gloom and doom, but come on!):

Quick question: name one (or two) events that will lead an economic turn around in short order and overcome the twin issues of credit and housing.

The president, with all due respect, is sending a misleading message. [2] What he should have said was: We don’t need a second stimulus package because the first one hasn’t had time to kick in. It’s tough to take the administration’s optimism seriously because they were largely asleep at the switch over the past two years with the disconnect from housing’s impact on the economy. So was Congress by the way.

And now, when threatened by Congressional legislation [3] that may undercut the administration’s stance, they are finally taking action:

The Bush administration appears set to support a significant expansion of its assistance for struggling homeowners in a bid to forestall more-aggressive action being contemplated by Democrats in Congress.

U.S. Treasury Secretary Henry Paulson echoes the concern of the president, saying that the legislation in Congress will be damaging, not helpful to housing and credit.

The economy lost 76,000 jobs in February and 80,000 jobs in March [4]. Mortgage rates are not moving downward and credit availability is limited.

The new jumbo conforming mortgage class has high fees associated with it [5] and it’s rates are higher than jumbo mortgages themselves. That’ll all but eliminate the benefits of this new mortgage class. Old habits die hard: The credit crisis was partly the result of banking’s disrespect of investors and investor’s greed to accept reward without respect for risk. This new mortgage class does the same thing. A new mortgage product is being introduced so it’s not tested in the market and packagers of the new debt are telling investors: a mortgage of $729k has EXACTLY the same risk as a mortgage of $417k so the risk premiums should be the same. Good grief.

Consumers are pulling back spending as consumer debt (excluding mortgage debt) is at a record $2.539 trillion and are shifting debt to credit cards from home equity loans:

The slowdown reflected much weaker demand for auto loans and other type of non-revolving credit, which rose at a rate of 0.4 percent in February, much lower than the 3.6 percent growth rate in January. Credit card debt rose at a 5.9 percent rate.

Consumers have been moving to put more of their purchases on their credit cards as banks have tightened lending standards for home equity loans in response to the deepening credit crisis. The price of homes has fallen sharply in many parts of the country.

Meanwhile a Federal Reserve governor is not so rosy in his outlook [6].

Perhaps when the elevator musak starts playing Rage Against The Machine [7] (closing credits music [8] in The Matrix [9] movie), we can feel better about the messages being delivered to us.

Or at least I can.