The Federal Open Market Committee cut the federal funds rate another 75 basis points [1] to 2.25%. The WSJ has a nice way of examining the latest FOMC statement in a feature called Parsing The Fed [1] Hint: Housing.

Yesterday investors were betting that the Fed would drop rates [2] another 100 basis points. Initially stocks dropped but then realized a sharp 400+ point gain.

For the April meeting, the futures market is betting another 50 basis point drop by the FOMC, but 2 dissenters in the vote [3] yesterday could suggest they are nearing the bottom of cuts because of inflation concerns.

Rates really aren’t dropping despite the aggressive actions by the Fed. It ain’t about mortgage rates, its about restoring confidence in the credit markets. 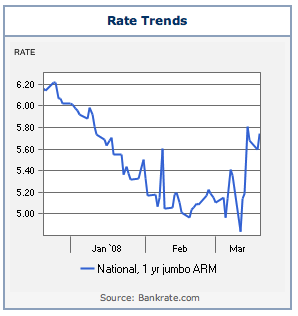 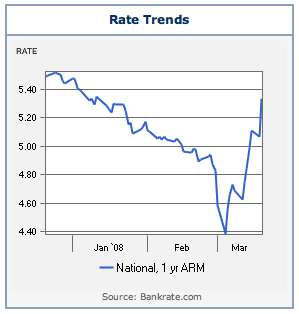 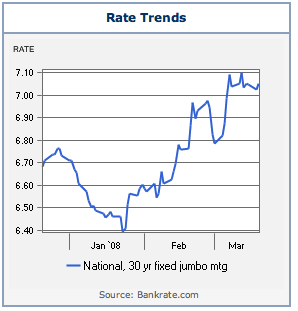 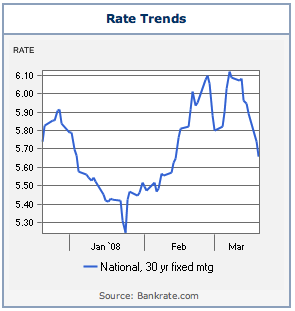