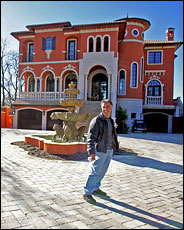 In today’s article For Some, Grass Is Greener Where There Isn’t Any [NYT] [1] the author covers the odd phenomenon of paving over front yards. This has taken on a political undertone in Kickin’ Asphalt: Pols Attack Front Yard Driveways [Queens Ledger] [2]

“While there are no official city figures on pave-overs, it is clear that the fight is still being waged in the other boroughs and in some suburbs, where signs of creeping urbanism threaten the leafy suburban aesthetic…New York City has no rules prohibiting property owners from paving over their lawns, but Tony Avella, a city councilman from Queens, hopes to change that…Paving over has become so commonplace that it is spurring differences between neighbors and debates within households about whether to dispense with the lawn.” 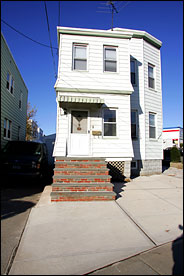 Apparently the same issue is a recent major concern in Dallas where a 50% coverage limit is being proposed: Council reviews ordinance to limit pavement in yards [Dallas News] [3]

Some quick research yielded lots of pavement ordinances, but I lost interest after 2: