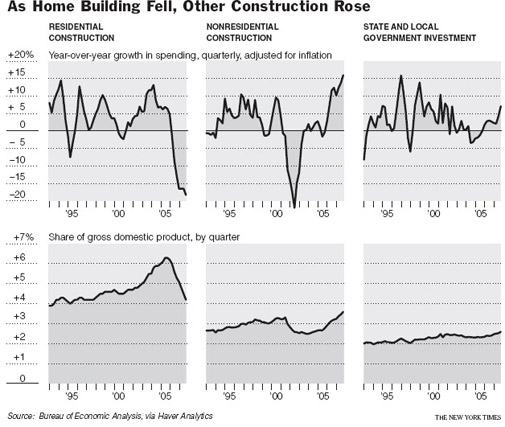 In Floyd Norris’ column this weekend titled Housing Illness Spreading to Rest of Construction [2] lays out the idea that while construction played an important role in the economy in 2007, it was non-residential construction that supported the economy.

Falling residential construction was a major factor in slowing the economy to a tiny 0.6 percent gain, at an annual rate, in the fourth quarter of last year, according to estimates released by the Commerce Department this week. With home prices falling, and new-home sales running at a rate less than half what it was two years ago, that sector’s share of total economic activity has fallen to a 12-year low.