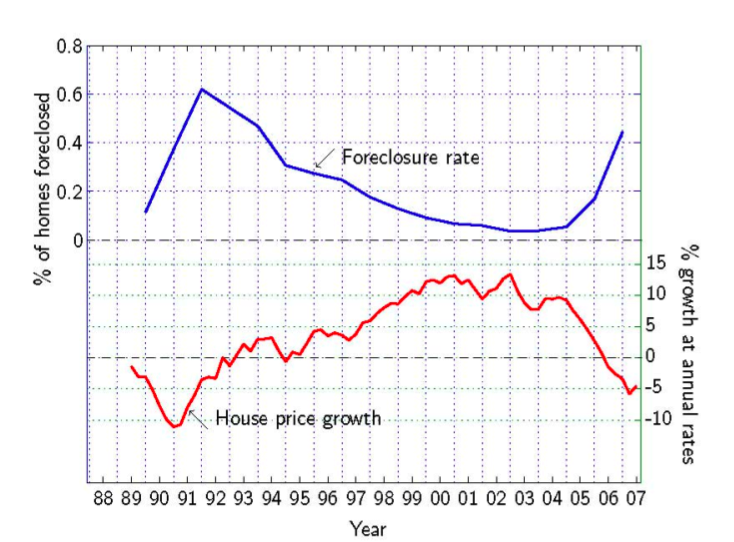 An Inman News story (subscription) covered [1] the release of a new study of the relationship of default rates and housing appreciation [2]:

The idea that lower rates of appreciation in a market would lead to higher default rates as borrowers are unable to refinance their way out of trouble.

About 30 percent of foreclosures in the state during 2006 and 2007 were traced to homeowners who used a subprime mortgage to purchase their house.

A higher percentage — almost 44 percent of foreclosures — were on homes whose last mortgage was originated by a subprime lender. About six out of 10 of those borrowers had originally purchased their home with a prime mortgage, and then refinanced into a subprime mortgage.