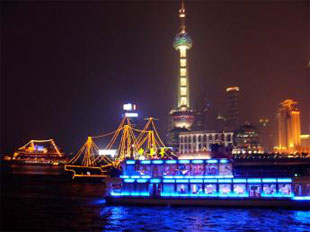 Greenspan gives a speech in Hong Kong [NYT] [2] and mentions the r-word (recession) as being a possibility in the US and the following day, after just reaching a record, the Shanghai Composite Index corrected sharply (but its up today) [WSJ]. [3]

Notice how Greenspan still carries more weight than Bernanke in terms of an immediate market reaction after a speech?

Combine this phenomenon with the coincidence that Freddie Mac announces more restrictive parameters [4] for subprime lending (sorry, 3rd consecutive day of talking about subprime), durable goods orders [5] shows weakness and all of a sudden, the Dow Jones Industrial Average is falling 400 points, aided by a glitch in computerized trading [6].

Thats quite a sequence of events for anyone to process. However for perspective, thats a 3.29% drop in the DJIA index, only 4.4% from its record high and yet it still remains above 12,000. I don’t want to sugar coat the drop because it is still a large drop, but on Black Monday, September 19, 1987 [7], the index dropped even more. It fell 508 points but it fell from 2,500 and nearly 23% of value was erased in a single day. Quite a different senario than 3.29%. I remember being in Kansas City visiting friends on that day in 1987 thinking I was out of business. Real estate was over. (Of course I had that same feeling on September 11, 2001).

Warning – statistical aside: Every day, the rise and fall in the DJIA is chronicled in thousands of nightly newscasts. The other day the quote went something like this (I am embelishing here just a little bit):

Thats 5 points of a total index of about 12,600 points at that time or a .0004% drop. This is more akin to a rounding error and not an indicator of anything, anymore than an increase of 5 points would be. I think the consumer sees these points as percentage and reads more into subtle changes than they should simply because no perspective is provided. Its like looking at existing home sale trends [8] as a benchmark for a local real estate market. The DJIA is merely a list of major companies that may or may not reflect the overall stock market (sound familiar?).

ok, I am back from the aside.

I was listening to a group of real estate panelists at a luncheon yesterday as the stock market was falling. At the end of the panel, a question came from an audience member that went something like this:

Now that the stock market has fallen moret han 400 points today, what will be the impact on New York City real estate?

The answer given was essentially no affect but the question seems a little dramatic at this point. My mindset is usually oriented to the trend is your friend.

However, it does raise the point that perhaps the conventional wisdom of a continued improvement in the US economy is more tenuous than has been cheered for as of late. In the fall, I was drifting toward the belief that the economy was headed for a recession. My worries have lifted somewhat but I don’t carry the same optomism that the stock markets seem too.

Housing should ultimately provide more of a drag on the economy. I don’t think the impact of the slowdown has had adequate time to fully flow throw the economy. Honestly, its been a challenge to me personally to keep euphoria in check, when commenting on national trends given the better real estate conditions enjoyed in New York as compared to other parts of the country.

What does this stock market drop mean for the real estate economy?

I am not entirely sure. However, if the underlying economy doesn’t change significantly and more people become more risk averse, we may see more movement to saftey like we did yesterday as people move from stocks to treasuries. Treasury prices would go up, and as a result, yields would go down. As yields go, so do mortgage rates, helping temper growing damage caused by foreclosures and limiting the future effects of tightening underwriting guidelines.

All this from a Greenspan speech in Hong Kong. Just imagine if the speech was given at halftime during the Superbowl?