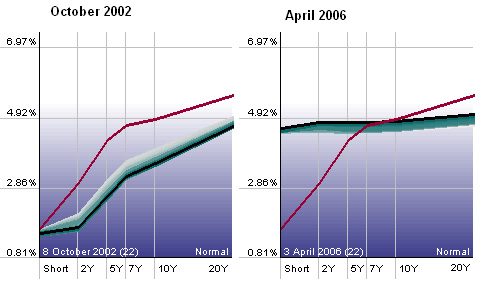 Its going to get interesting when and if the economy gets dragged down by lower activity and prices in the housing market. In theory, the fed could be forced to drop rates in 2007 if the economic reaction to a weakening housing market is harsh. There remains a lot of conjecture that an inverted yield curve leads to a Recession. However, at least to this point, that does not seem to be the case this go ’round.