On the same day last week, Wednesday to be precise, presentations touching on the housing market were given by two influential financial leaders: Fed Chairman Ben Bernanke [1] and James B. Lockhart III, Director of OFHEO [2], which oversees Fannie Mae and Freddie Mac (GSE’s). Both are accomplished individuals whose jobs influence the housing market to a certain degree. I am not sure which one I would have liked to have heard in person so could only hope for a double header. 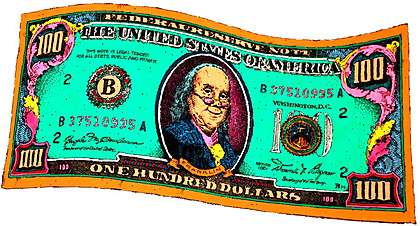 Fed Chairman Ben Bernanke (Its been a year and a half, so I feel like I can refer to the Fed Chair as Ben) spoke in front of Congress, [1]before the Committee on Financial Services, U.S. House of Representatives. He is required by law to do this twice per year and I kind of feel sorry for him. I listened to his live testimony on CNBC and was struck by how smart he is and how weak most of the questions posed to him were. After 2 minutes of thank-you’s from each member of the committee, they asked him to explain things like core inflation [3] and how he was going to protect subprime borrowers [4] in the future. The media coverage of the testimony was extensive [5] and rather than spending much of the time talking about the economy, the bulk of the questions from Congress was spent on protection of borrowers, the problems with hedge funds, lax underwriting and why didn’t the Fed see this coming. Bernanke’s macro perspective seemed a little out of sync with the questions posed. I was struck by his references to the housing market, which suggest more weakness to come:

The pace of home sales seems likely to remain sluggish for a time, partly as a result of some tightening in lending standards and the recent increase in mortgage interest rates. Sales should ultimately be supported by growth in income and employment as well as by mortgage rates that–despite the recent increase–remain fairly low relative to historical norms. However, even if demand stabilizes as we expect, the pace of construction will probably fall somewhat further as builders work down stocks of unsold new homes. Thus, declines in residential construction will likely continue to weigh on economic growth over coming quarters, although the magnitude of the drag on growth shoul

…and subprime, which was more dire:

For the most part, financial markets have remained supportive of economic growth. However, conditions in the subprime mortgage sector have deteriorated significantly, reflecting mounting delinquency rates on adjustable-rate loans. In recent weeks, we have also seen increased concerns among investors about credit risk on some other types of financial instruments. 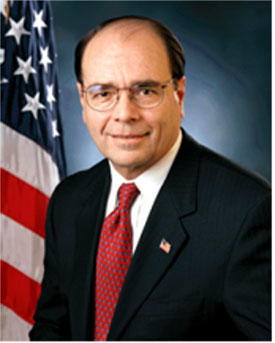 James B. Lockhart III, Director of OFHEO (Its been a year since he took over OFHEO and my rule of thumb for someone with roman numerals after their name is to avoid nicknames so I’ll refer to him as James) gave a year in review speech in Washington DC. He referred to unexpected challenges: housing and subprime. In other words, it was a surprise that the housing market is currently experiencing problems. How could an agency that deals with two large mortgage bemoths be in the dark about the housing market? However, he makes the observation that the GSE’s should be “fulfilling their mission of stabilizing the housing markets.” He refers to the “triple-witching” of the subprime market because of the tripling of subprime originations, the shift to non fully amortizing mortgages and the drop in lending standards. His emphasis was on subprime lending and how the GSE’s can help:

Despite the many problems in the subprime mortgage market it has made a positive contribution toward getting low-income individuals into their first homes. (#12)
Hopefully, the changes I have been talking about today will be continued to help place people into affordable housing without putting them and their neighborhoods into high- risk situations.

It is my belief that Fannie Mae and Freddie Mac can do even more to help in what is one of their key mission areas – affordable housing. It is also my belief that to do so they must be fully remediated with strong systems to address the credit issues in this sector and that they need a strong regulator to help ensure that they are healthy, well-managed companies.

To recap both speeches

We have both banking and mortgage oversight institutions caught unaware of the growing problems with subprime, we have a government agency responsible with the oversight of government sponsored enterprises (GSE’s) saying that it should be dissolved and a new oversight agency formed that would be more effective and we had lending standards drop sharply without reaction from regulators.

So I think I am impressed with everyone’s intentions of fixing things [6], but don’t we need to understand what went wrong? How can we fix it if we didn’t see it coming? I think Congress was really asking questions of Ben that it could have been answered by James. The whole thing is backwards.