I’m a big fan of the work of Harvard Economics Professor Edward Glaeser [1]‘s work, especially that related to Manhattan. This week we are hit broadside with two compelling pieces to read. 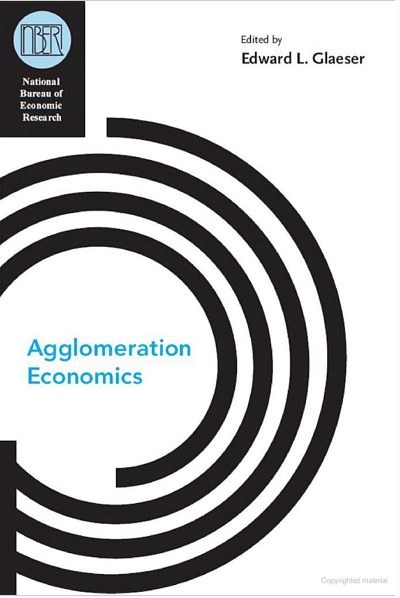 The first is yesterday’s Cities Do It Better [2] article in the NYT Economix section where he asks the question:

What makes dense megacities like New York so successful?

Economic geography was one of my favorite courses in college because it was so applicable to understanding the logic of how a city evolved and operated. Access to natural resources, transportion, labor, etc. He references Jed Kolko’s essay in “Agglomeration Economics” that he edited.

A key point as far as I’m concerned:

In a multi-industry city, like New York, workers could readily find some other employer. The young Chester Carlson was laid off from Bell Labs during the Great Depression, then moved to a law office as a patent clerk and then joined the electronics company that would make Duracell batteries and then invented the Xerox copier.

It’s sort of like my assumption that it is much more likely you will run into someone you know from another state or went to high school with in Manhattan than you would if you lived a mid-sized city. High density brings opportunity.

But there is more risk in cities like Detroit whose economy has always been one-dimensional. Pittsburgh and Houston are examples of smaller cities that learned to diversify after hovering near insolvency in prior decades.

He also looks at the addition of housing units within landmark districts:

…and its impact on housing prices…