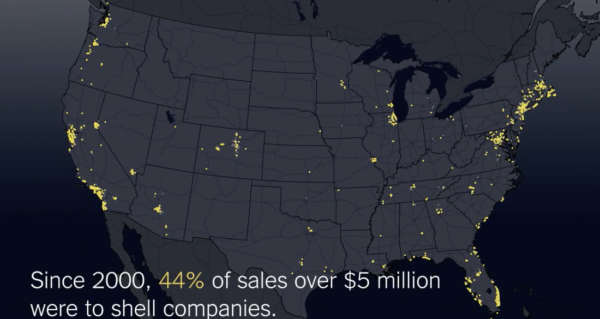 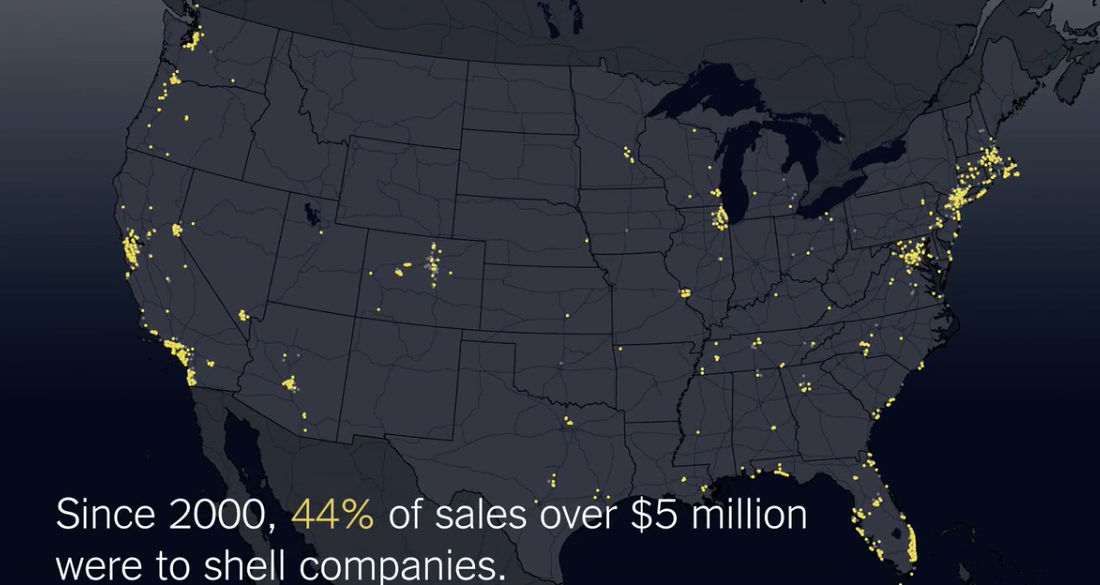 One of the great ironies of modern residential real estate has been the expansion in transparency of information, along with greater secrecy of ownership. I think the latter coincides with the much greater wealth that is being put into hard assets like real estate. Privacy and security are indeed very important to many, including the wealthy and especially those near the top of the financial pyramid. There is nothing sinister or unseemly about the desire for privacy. The use of limited liability corporations (LLCs) has been a legal vehicle (and a gift) from lawmakers who created it that allows people to keep certain transactions hidden from view. However the LLC also provides an opportunity for bad actors to shelter their often ill-gotten assets too.

Louise Story and Stephanie Saul of The New York Times have explored this in “Towers of Secrecy: Stream of Foreign Wealth Flows to Elite New York Real Estate [1],” an epic data visualization along the lines of “Snow Fall: The Avalanche at Tunnel Creek [2]” This article is a must read covering the hypersensitive subject of high end real estate and privacy.

The ongoing debate about the dying middle class versus the booming fortunes of the wealthy, the lack of affordable housing versus the super-luxury residential tower boom and municipal governments grappling to keep construction and development moving forward to keep tax revenue flows coming in, have made this effort long overdue.

“Towers of Secrecy [1]” is careful not to stereotype users of LLCs in high end real estate transactions as exclusively foreign buyers. Within the Manhattan market, foreign buyers are not the majority of overall high-end real estate purchasers. However they tend to be concentrated around the Midtown central business district (aka ‘Billionaires’ Row’) whereas domestic purchasers tend to favor markets found to the north and south of Midtown.

Here are a few screenshots of the embedded videos within the “Towers of Secrecy [1]” piece. 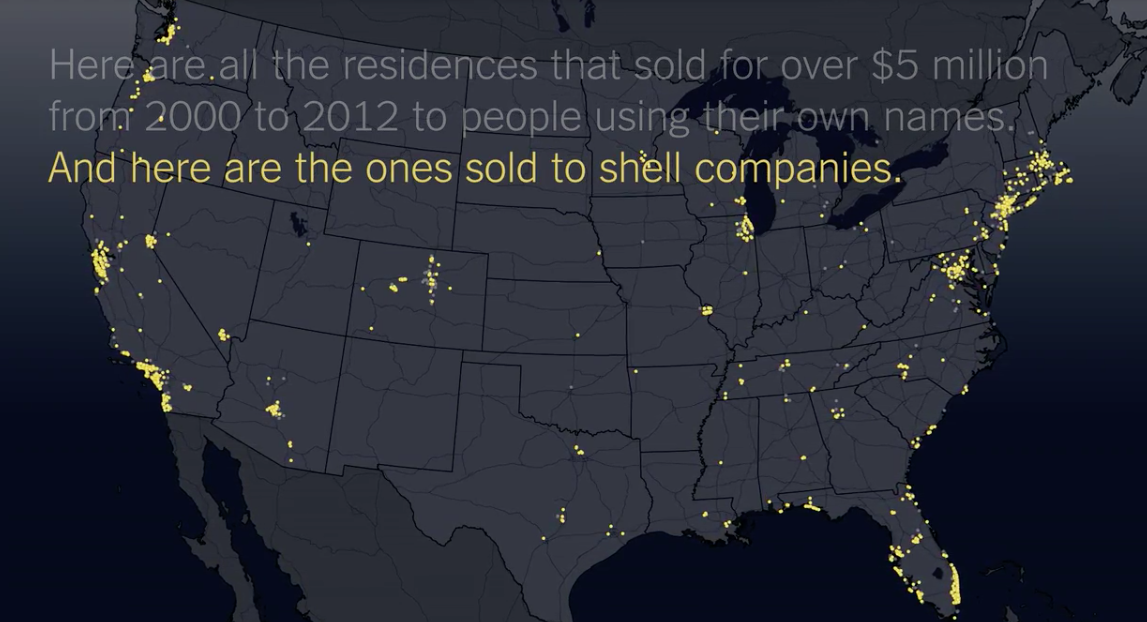 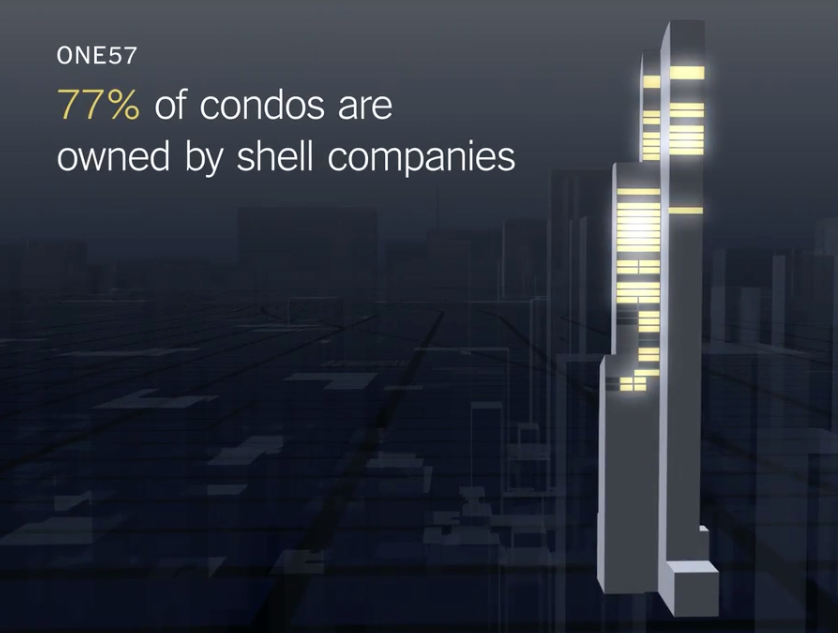 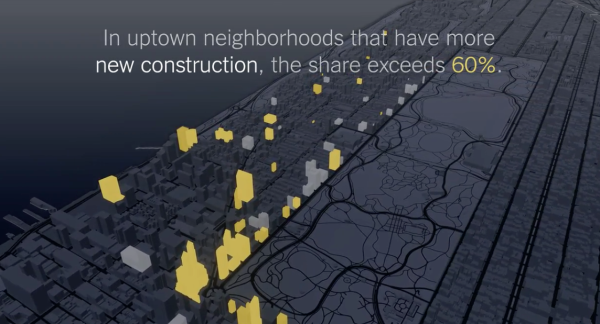