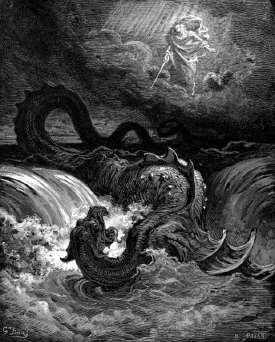 In many ways, the free market financial/mortgage system, without regulatory oversight could be described as Nasty, brutish and short [1]:

Nasty, brutish and short aren’t a firm of particularly unpleasant lawyers but a quotation from Thomas Hobbes’ Leviathan, or the matter, forme, and power of a commonwealth, ecclesiasticall and civill, 1651. The fuller quotation of this phrase is even less appealing – “solitary, poor, nasty, brutish, and short”. Hobbes described the natural state of mankind (the state pertaining before a central government is formed) as a “warre of every man against every man”.

I was struck by a recent case of massive number numbness that was inflicted upon me when I saw the Fannie and Freddie losses for the 3rd quarter:

For perspective, Fannie Mae and Freddie Mac each averaged a $2B loss per quarter in the preceding three quarters. The GSEs were bailed out in early-September [4] and represented the last 3 weeks of 3Q. I know the Freddie loss just reported included a $14B non-cash charge so it lost about $12B cash-wise.

The current administration is leaving still advocating free markets, which a disconnected concept when compared to the situation we find ourselves with – day late and a few trillion short. Dismal Scientist calls it right [5].

I remember when President Bush decided to call a summit 3 weeks ago, during a crisis which needed daily attention:

The first decision I had to make was who was coming to the meeting. And obviously I decided that we ought to have the G20 nations, as opposed to the G8 or the G13.

One of the things we did, we spent time talking about the actions that we have taken. The United States has taken some extraordinary measures. Those of you who have followed my career know that I’m a free market person — until you’re told that if you don’t take decisive measures then it’s conceivable that our country could go into a depression greater than the Great Depressions. So my administration has taken significant measures to deal with a credit crisis. And then we worked with Congress to deal with the credit crisis, as well.

Call me crazy, but how about simple common sense oversight? Despite the actions of the administration, I find that Congress is finally starting to make some sense [6].

Here’s a series of plans to fix housing [7] summarized by Capital Commerce.

What worries me about much of this is that government has a hard time “thinking big” which should not be confused with “spending big.” Evidence of this is found with Treasury’s foreclosure plan versus FDIC’s Blair. [8] Bair wants to think big.