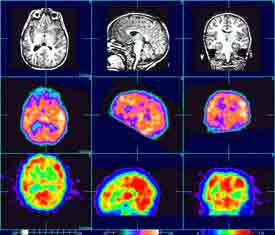 It finally happened. The GSEs are no longer private corporations. The bailout is finally here [1].

I have been lamenting (whining) for the past several months that nothing has really changed since last summer when the credit markets imploded. Sure, we had the stimulus plan and the housing bill became law, NY AG wrangles a deal with the GSEs to change the way with mortgage brokers and appraisal management companies were involved in the mortgage process. The housing bill created the FHFA [4] which was a new and improved OFHEO, which had been in charge of GSE oversight before the seizure.

GSEs have been taken over and we are in bailout mode. Its fair to say this is the worst mortgage crisis in history [5].

Why the GSEs were doomed

They had an unfair advantage over competitors [6] because they were protected by the federal government. Thats the very same government that was forced to bail them out. It makes a strong argument for promoting fair competition.

the investors who put up capital and a government that wanted to help the housing industry and extend home ownership. In the end, they failed to serve either one very well.

Fannie Mae continued to play with their spreadsheets [8] even after the accounting scandal.

Fannie Mae did not have a grip on their accounting practices, OFHEO/FHFA was ill equipped to keep them in check, or they were simply incompetent. Remember FNMA kept revenue off the books in the original accounting scandal a few years back so they would not draw attention and be able to show better results the following year. Now they didn’t meet capital requirements to offset their mortgage market exposure.

The proposal to place both mortgage giants, which own or back $5.3 trillion in mortgages, into a government-run conservatorship also grew out of deep concern among foreign investors that the companies’ debt might not be repaid.

Despite all the confidence telegraphing by Lockhart (OFHEO), Mudd (FNMA) and Syron (FHLMC), few really believed the GSEs had a grip on the extent of the situation. After all they were part of the process.

They hold or back 5.3 trillion in US mortgages which is about 50% of the mortgages out there. The GSEs accounted for about 80% of new mortgages being issued since last summer’s credit crunch. With investor confidence fading fast, the Treaury department could not let the last pillar left in the mortgage market crumble and it appeared to be headed that way.

What does this mean to housing [9]?

Its not clear until this all shakes out, but probably not much initially.

However, if the investors see the faith and credit of the US in action and this brings them to the table, it may eventually bring more liquidity to the credit markets and that may bring some of the risk down, lowering rates or tempering their rise. However, housing still has a lot of shakeout with foreclosures and inventory, but at least this is a step in the right direction.

It’s actually the first constructive step towards recovery. If we are going to pay through the nose, it might as well be towards something positive, as painful as that is. The stimulus plan and the housing bill are painful, but don’t do anything about solving the financial crisis.

In other words, perhaps there is hope credit markets will get a grip in the next couple of years.

An aside
It has always been my observation that Freddie Mac was the step child of Fannie Mae. It stemmed from my appraisal background. Freddie Mac let Fannie Mae design their forms. Freddie Mac was essentially created after Fannie Mae to provide competition for it yet it nearly always let Fannie Mae take the lead. Even its stock price seemed to mirror Fannie’s. But Freddie didn’t get into hot water in the accounting scandal and Freddie Mac was agreeable to the Treasury take over before Fannie Mae because they had more of a handle on how short their capital was. In fact one could suggest that when it counted, Freddie Mac was the leader all along. Of course, that doesn’t matter any more. CORRECTION: It was Freddie not Fannie…nevermind.

Inter-office announcement
Its a time for change: I win the office pool on the WAMU bet. Good grief, he should get an award for outstaying his welcome [11].