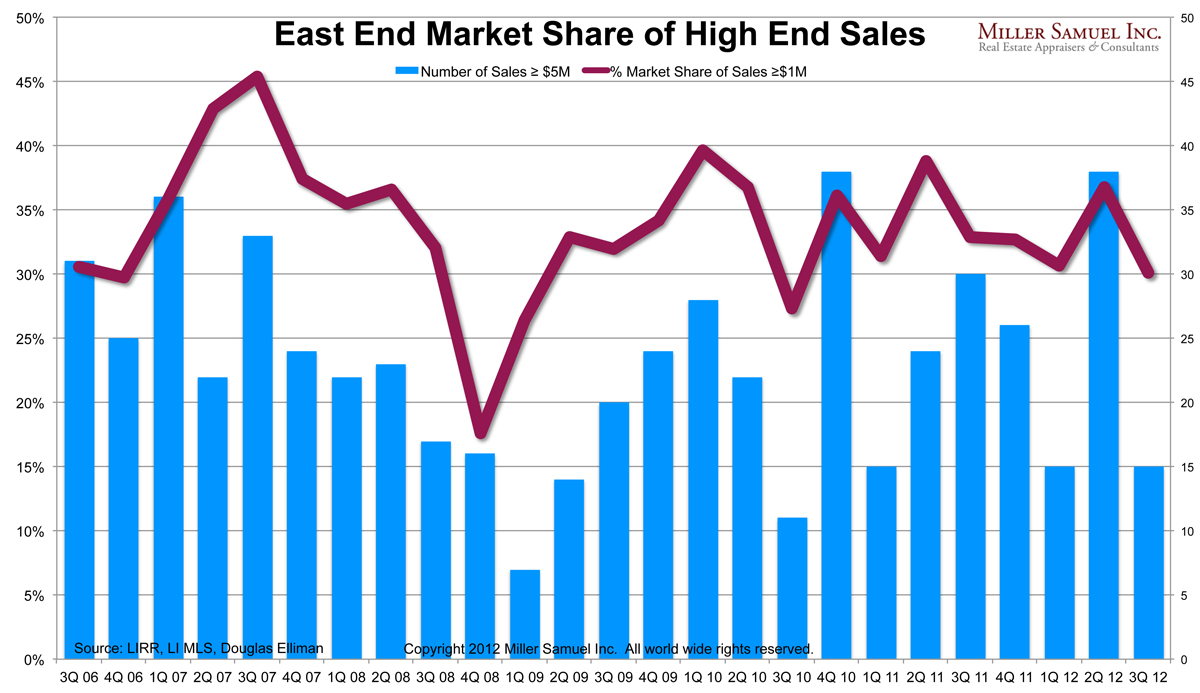 This chart is an enlarged version of a chart that appeared within our just released Elliman Report: Hamptons/North Fork Sales. I’ve expanded it because I was struck by the randomness of activity in the $5M and up sector of the market (blue columns). Clearly the pattern follows the market stall after Lehman’s ’08 bankruptcy for a few quarters but otherwise, the sales don’t seem to follow a pattern, seasonal or otherwise.

The two quarters with a spike of 38 sales, 4Q 2010 and 2Q 2012 could be explained perhaps but the reasons aren’t that compelling in comparison to how much they stand out.

4Q 2010 The looming Bush tax cut expiration at the end of 2010 caused many sellers to bring high end properties and they were quickly absorbed.

2Q 2012 The prior quarter seemed to be an elevated spring surge.

4Q 2012 Will the 4th quarter see the same phenomenon as 4Q 2010? The capital gains implications are the same – will the Bush tax cuts be extended? – I’m not sure but our appraisal practice is inundated with valuation assignments of high end properties hedging against the potential end of year rise in capital gains tax.

The aftermath of Hurricane Sandy and the imminent Snor’eastercane [2] may change the 4Q 2012 results.