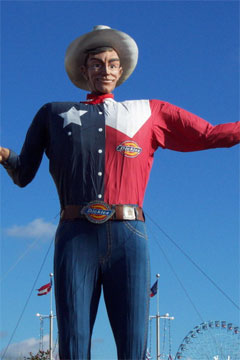 If there is one thing that mortgage servicers learned from the last downturn in the housing cycle (1989-1995) was that foreclosure were expensive and had the potential to be a public relations nightmare. In the today’s market, Ken Harney’s article Mortgage Servicers Help Avoid Foreclosures [Washington Post] [1] discusses how mortgage servicers do everything they can to avoid foreclosures.

In the 1990-91 market downturn, lenders had to maintain large in-house departments to manage inventory as well as manage vendors that were needed in the process such as lawyers, brokers and appraisers. As an appraiser, I stood with many a broker and locksmith in the early 1990’s, getting into a foreclosed apartment, only to find the interior was picked clean.

Daniel Gross, in his article Didn’t Pay Your Mortgage? Don’t Worry. Why banks are so afraid to foreclose on you [Slate] [2] he discusses why this is happening. Lightening up on those who fell victim to the hurricanes is understandable and would be a public relations disaster. But what about everyone else?

In the process of raising the percentage of home ownership [Census] [3], the lending industry is trying to avoid the expense of foreclosure. The delinquency rate as of the 2nd quarter, according to the MBA was 4.34%, but less than half of those are in excess fo 90 days. [MBA] [4]

Gross notes that the delinquincy rates of ARM mortgages is 10.04% and subprime loans is 9.06%, which means that the rate for conventional loans is barely on the radar, clearly a pattern related to the pressure to expand the base of customers to those who are a higher risk.

He concludes that when borrowers get behind in their payments, lenders prefer to do workouts and these often can come into the form of another refinance, with the homeowner getting deeper in debt. They have in effect, like lenders 20 years ago, become too big to fail.