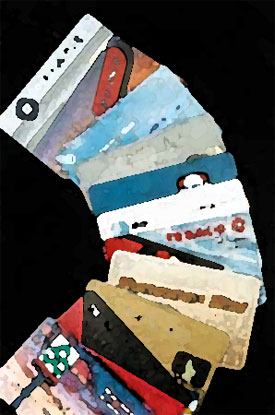 Make a payment a few days late on a HELOC today and the bank may term it out without your approval. You may have a very high credit score, never been late on a payment or pay above the minimum every month and still the bank may pull the HELOC. We are in a credit crunch, and that means some lenders are getting out of the lending business. Someone I know experienced this very same situation last week and they were in shock.

Across the U.S., sellers with good credit who have never been late on a mortgage payment are getting their home equity lines of credit (HELOCs) frozen or downgraded [1]. Major lenders like Bank of America, Citibank, Countrywide Financial Corp., Washington Mutual Bank and USAA have announced that they’re cutting back HELOCs in areas where home prices have taken a hit.

The lower savings rate has been tolerable (or caused by) the ease at which homeowners could withdraw equity from their homes over the past decade. But we still feel guilty about not saving enough. [2]

The ability to spend or feel comfortable with spending has been enabled by housing.

George Will, in his WaPo Alice in Housing Land [3] piece provides perspective about this:

Although Earth’s temperature has risen and fallen through many millennia, the temperature was exactly right when, in the 1960s, Al Gore became interested in the subject. Are we to assume that last year, when housing prices were, say, 10 percent higher than they are now, they were exactly right? If so, why is that so? Because the market had set those prices, therefore they were where they belonged? But if the market was the proper arbiter of value then, why is it not the proper arbiter now? Whatever happened to the belief, way back in 2007, that there was a housing “bubble”?

and how little we now save.

Seventy percent of economic activity is personal consumption, which recently has been fueled by the “wealth effect” — people spending because they feel wealthier due to the appreciation of their largest asset, their house. So “stabilizing” — i.e., putting an artificial floor under — housing prices may be necessary to fuel consumption by a public that in the 1980s saved almost 10 cents of every dollar it earned, and in the 1990s saved a nickel, but recently has had a negative savings rate.

I suspect the savings rate will eventually rise, at great cost to the economy. He rightfully concludes:

Everyone knows that there is only one commodity the price of which always rises — major league pitchers. Concerning the market for them, Congress should do something.