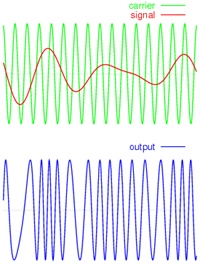 At Matrix, I have been following the CME Housing Indexes [1] that are based on the work of the noted economist Robert Shiller and others. Bob has been discussing this in various venues around the country as a way for the investors to hedge their bets.

In Days of Housing Futures Past [TheStreet.com] [2] Howard Simons makes the case that these housing contracts, based on ‘old’ data and with sizable size issues, aren’t such a good idea. Its a really well thought out article.

This is not the case with housing futures. Each of the contracts is based on the S&P/Case-Shiller (CSI) home price indices. They cover metropolitan areas of Boston, Miami, New York, San Diego, San Francisco, Washington, D.C., Chicago, Las Vegas, Denver and Los Angeles, as well as a composite national index. That in itself does not present a problem; we have close to 25 years of experience trading index-based, cash-settled futures on things such as stock indices.

Frequency is the problem:

Unlike a stock index that is refreshed several times a minute, the CSI indices are released at 1:15 p.m. Central Standard Time on the last Tuesday of every calendar month. The release is of necessity for data collected for previous months. For example, the August report will cover the data collected for April, May and June in each reporting region.

Housing futures are being marketed as an indirect way of playing rising long-term interest rates. The answer is simple: If you think rates are going higher, sell bond futures or something similar. They are a direct play on interest rates.

The basic premise of the author is that housing futures are really not a play on the future, but rather a play on the past since the basis for the index is relatively dated by the time its used. The low volume of home sales tracked in the index also make it less reliable.

Perhaps we should hedge our bets on cheddar cheese and non-fat dry milk instead [Matrix] [3]?